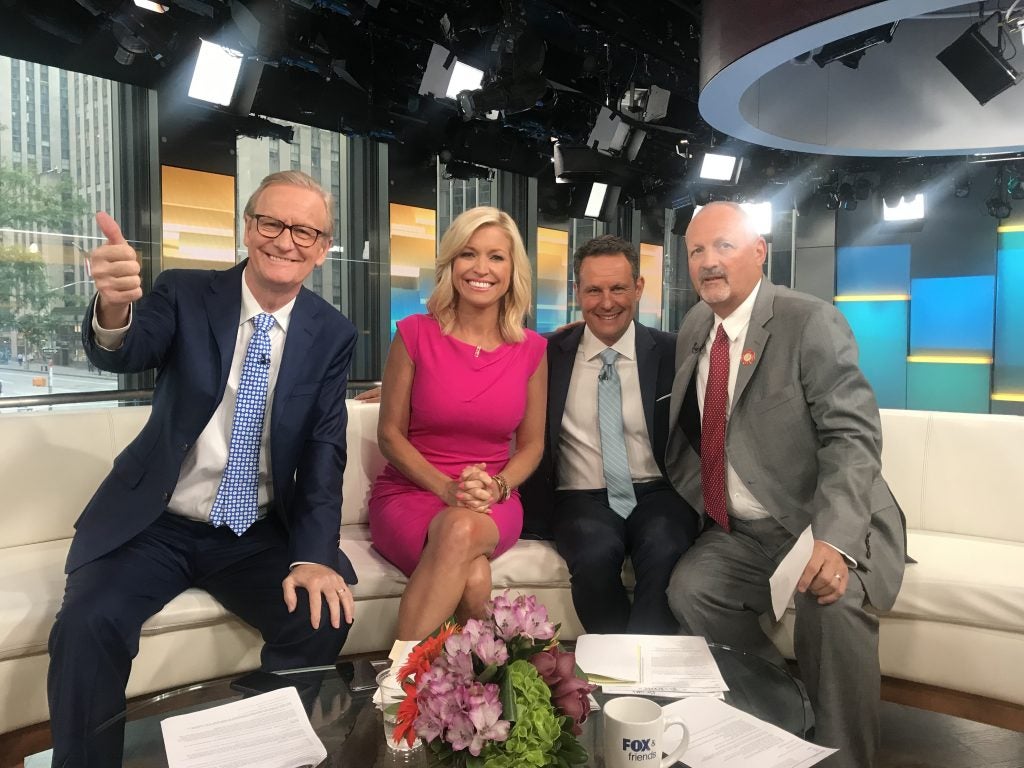 Rush Limbaugh has announced an additional $1 million has been raised from his limited edition Betsy Ross t-shirt, bringing the proceeds benefiting the Stephen Siller Tunnel to Towers Foundation to $3 million.

The new total is expected to continue to rise, and pre-orders are still available on the Rush Limbaugh Show Store. Tunnel to Towers Chairman and CEO Frank Siller returned to Fox & Friends on July 30 to announce that the additional funds will build four mortgage-free homes for Gold Star families.

“Now, we have four great Americans that gave their lives for our country. We’re going to start building them houses and have them delivered by Christmas,” he told hosts Brian Kilmeade, Ainsley Earhardt and Steve Doocy. Tunnel to Towers will be providing homes to four families, all of which had young children when their spouse was killed protecting our country:

The Gold Star Family Home Program, launched in 2018, honors the legacy of those who made the ultimate sacrifice while serving our country. Through this program the Foundation provides mortgage-free homes to surviving families with young children. The Foundation has delivered or is in the planning stage of 30 Gold Star homes across the country.

While the news of the wars in Iraq and Afghanistan have faded from the headlines, our brave men and women are still in harm’s way fighting for their country. By donating just $11 per month, you can help build mortgage-free forever homes for the spouses and children of these American heroes.