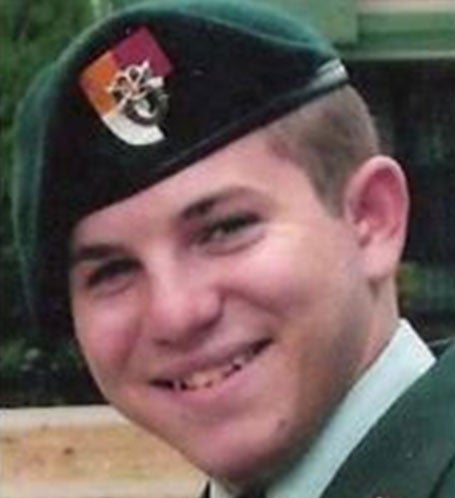 U.S. Army Sgt. Aaron Joseph Blasjo enlisted in the Army in July 2004, when he was eighteen years old. He was selected for the elite Green Berets in 2006. He was on his third deployment when his patrol was hit by an IED on May 29, 2011. Sgt. Blasjo and two other Green Berets were killed in the blast. He left behind his wife, Crystal, and their eight week old son Talon.

The Blasjo family received its new home in Fruitland Park, Florida on November 26, 2019.