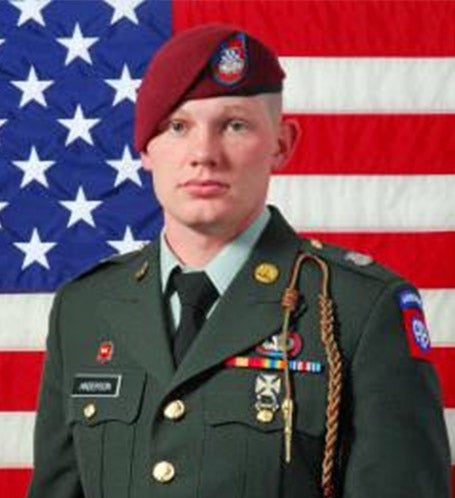 With only two months left on his deployment, PFC Anderson was killed on May 17, 2010, when insurgents attacked his unit with IEDs. He was 20 years old. He left behind his wife Caitlin and their daughter Lilly Grace, who was just 8-months-old when her father was killed

Billy and Caitlin met in middle school, but didn’t start dating until after they had graduated from high school. The two married in June of 2009 and then welcomed their daughter Lilly Grace into the world. Billy didn’t get to meet his daughter until she was two months old and he graduated from basic training at Fort Leonard Wood Missouri.

Caitlin calls Billy a kind, good-hearted man, who was nurturing and a strong Christian.

The Tunnel to Towers Foundation gave the Anderson Family a mortgage-free home in Smithville, Tennessee on November 25, 2019.