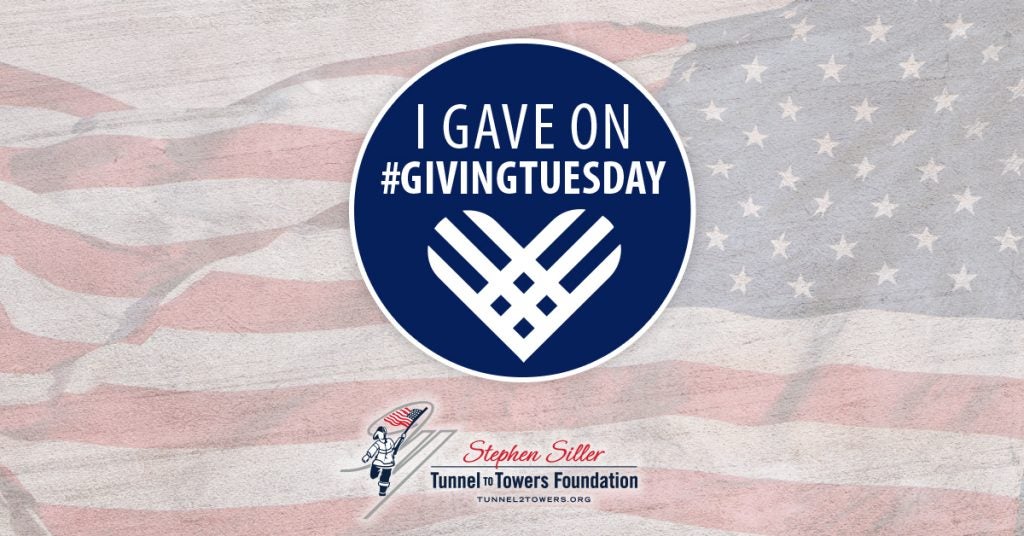 This Giving Tuesday, the Stephen Siller Tunnel to Towers Foundation is giving thanks to Gold Star families and rallying supporters behind their most ambitious undertaking yet.

In the days leading up to Thanksgiving, the Foundation ensured three Gold Star families had something very special to be thankful for by providing three homes, in three different cities, in three days.

On Monday, November 25, the first home was given to Caitlin Anderson and her daughter Lilly Grace in Smithville, TN.

Caitlin lost her husband, Army PFC Billy Anderson, in May, 2010. He deployed just weeks after the birth of his daughter, Lilly Grace, and was just weeks away from coming home when he was killed by an IED. During the home dedication ceremony, Caitlin spoke about what this gift means to her family. “Someone actually remembered his sacrifice and wanted to provide for his daughter,” she said. “You aren’t allowing these beautiful people to be forgotten.”

Then, on November 26, the Foundation gave the second home to Crystal Blasjo and her son Talon in Fruitland Park, Florida.

Crystal’s husband, Army Sergeant Aaron Blasjo, was just 25 years old when he lost his life in May, 2011, after his unit was attacked with an IED in Afghanistan. Talon was only eight weeks old when his father was killed. “On a week that so many of us spend celebrating our blessings and what we are thankful for, never did I imagine I would be gifted with a mortgage-free home,” Crystal said. “To you, it looks just like a house with windows and doors. To me, it is a place with four walls, built with love, where my children will grow up, where we will laugh and share memories of a man everyone loved.”

The following day, November 27, Jillian Hinton and her children were handed the keys to their mortgage-free home in Wimauma, Florida.

Jillian’s husband, Army Sergeant Terrence Hinton, was killed in May, 2017, when the military vehicle he was riding in crashed. His family received a warm welcome from their new community, as dozens of neighbors attended their dedication ceremony. “You’ve given us more than a house. You’ve given us hope,” Jillian said.

The Tunnel to Towers Foundation Gold Star Family Home Program honors the legacy of those who made the ultimate sacrifice while serving our country.

This December, the Stephen Siller Tunnel to Towers Foundation is going to do even more.

This will be the Foundation’s most ambitious undertaking, yet, and they are asking for support to honor our nation’s heroes.

This Giving Tuesday consider an $11 per month donation to help more of our nation’s most deserving and their families.