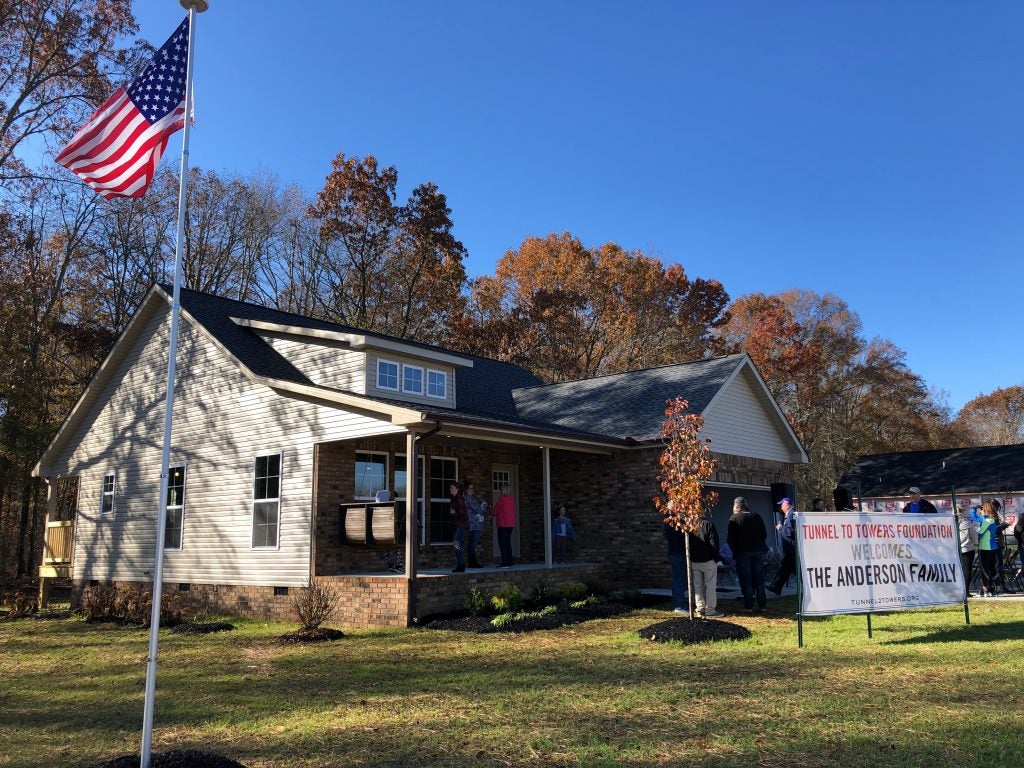 This Thanksgiving, three Gold Star families will have something very special to be thankful for – a new place to call home.

The Stephen Siller Tunnel to Towers Foundation is giving three mortgage-free homes, to three families, on each of the three days leading up to Thanksgiving.

On Tuesday, November 26, the second of the homes will be given to Crystal Blasjo, in Fruitland Park, FL. Crystal’s husband, Army SGT Aaron Blasjo, was killed in action on May 29, 2011, when his unit was attacked with an IED in Afghanistan. Sgt. Blasjo enlisted in the Army in July 2004, right after graduating from high school, and was selected for the elite Green Berets two years later. He and Crystal welcomed their first child in March 2011 – Talon was only eight weeks old when his father was killed. Sgt. Blasjo was just 25 years old when he lost his life during his third deployment in support of Operation Enduring Freedom.

Finally, on Wednesday, November 27, the last home will be given to Jillian Hinton and her children in Wimauma, FL. Army SGT Terrence Hinton, enlisted in 2009 and served tours in Afghanistan and Kuwait, was killed when the military vehicle he was riding in crashed while towing heavy machinery in Hawaii. He left behind his wife Jillian, stepson Christian and daughter Cayleigh. Since Terrence’s death, the family has been living in Illinois, near the Wisconsin border. Jillian is looking forward to the financial freedom the gift of a home will bring and she plans on using the money she will save to do more for her kids.

The Tunnel to Towers Foundation is proud to honor these fallen heroes and provide their families with the stability and financial security of a new mortgage-free home, where they can celebrate the holidays this year and every year to come.