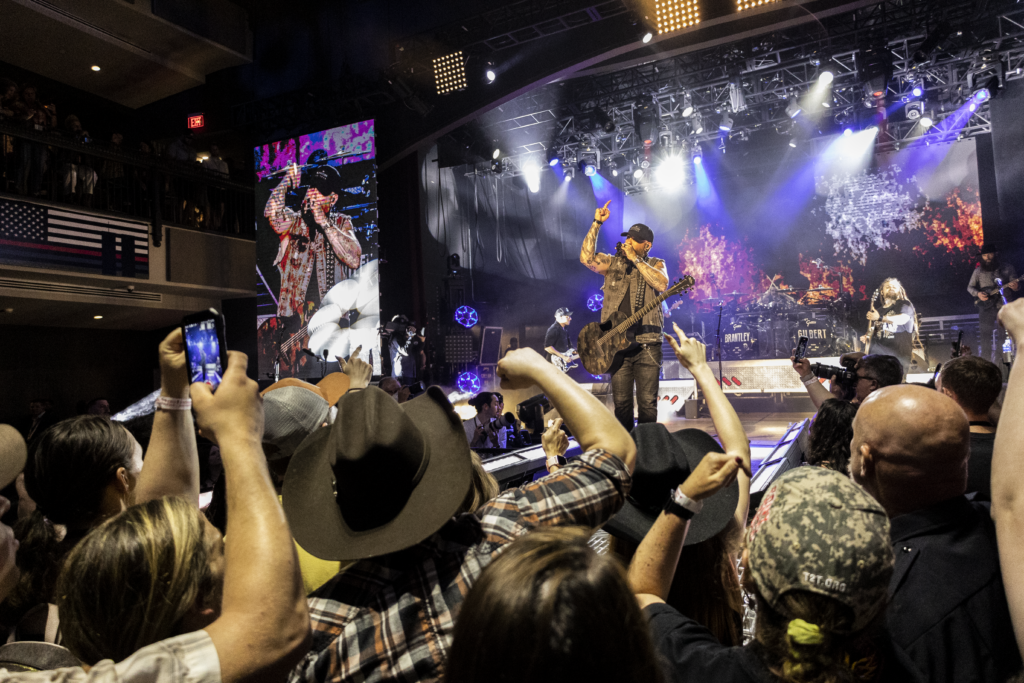 The Tunnel to Towers Never Forget Concert Nashville special premiered on Saturday, 5/28 at 5:00pm EST on FOX , and the Tower of Heroes special aired on FOX 5 the same day at 6:30 PM EST. The Tower of Heroes special also aired on FOX Thursday May 26th from 10:30 PM-11 PM EST, and Monday May 30th Memorial Day from 5:30 PM-6PM EST. Listeners checked their local FOX listings to watch these two programs.

Our Never Forget Concert took place at the Wildhorse Saloon in downtown Nashville, TN. This concert was a closed event and tickets were only given to first responders and military service members in the Nashville area. The Nashville based country music band Old Dominion was the Never Forget Concert headliner, and the concert featured a line up of legendary country music musicians like Willie Shaw, Lee Brice, Darryl Worley, and Brantley Gilbert. 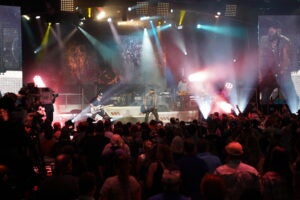 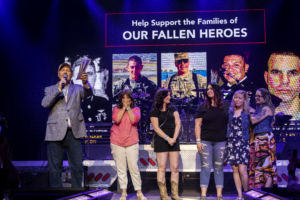 U.S. Army SPC Russell Shane Hercules Jr. was killed serving in Afghanistan in 2009. He was awarded the Bronze Star Medal and Purple Heart for his bravery and courageous deeds. He was just 22 years old and left behind his wife Victoria, his two children and two stepchildren.

U.S. Army SGT Louie Ramos died in May 2011 from injuries sustained when insurgents attacked his unit in Afghanistan. Ramos received several awards while serving, including the Army Good Conduct Medal, the National Defense Service Medal, the Afghanistan Campaign Medal, the Global War on Terrorism Service Medal, the Army Service Ribbon, the North Atlantic Treaty Organization Medal, the Air Assault Badge, and the Parachutist and Pathfinder Badge(s). He is survived by his wife, Yesenia, two children and a stepson.

U.S. Army SGT William Bernard McKenna, 41, died 3 days after Christmas in 2010, losing his battle with T-cell Lymphoma. It was less than a year after he came home from his second and final tour in Iraq. He is survived by his wife, Dina and his two daughters.

USMC Captain Travis Walker Brannon died in 2019 in a training accident. During his time served, he was awarded the Global War on Terrorism Service Medal and Sea Service Deployment Ribbon. Brannon was 30 when he died. He is survived by his wife, Virginia, and his daughter.

Army Sergeant First Class Ofren “AC” Arrechaga died in a small arms fire in 2011 in Afghanistan. Arrechaga, who was born in Cuba, served for 10 years and accumulated an abundance of awards, including the Bronze Star Medal, the Army Commendation Medal, the Army Achievement Medal, the Global War on Terrorism Service Medal, and many others. He left behind his wife, son, and daughter.

The family of fallen Franklin Police Department Police Officer Jeffrey Carson was also in attendance at the concert and Frank Siller, CEO and Chairman of Tunnel to Towers, surprised his family by announcing that Tunnel to Towers will be paying off the mortgage on their family home. Police Officer Jeffrey Carson was a country singer turned law enforcement officer that gave up his musical career to protect and serve the communities of Franklin, TN. Police Officer Carson recorded demos for famous country music stars like Tracy Byrd, Tracy Lawrence, Reba McEntire, Tim McGraw, and Faith Hill, and more. He is survived by his wife Kim, and their son. 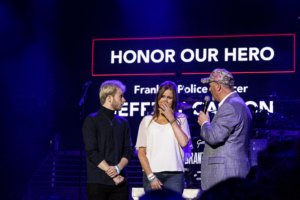 During the concert, Frank Siller also shared details about Tunnel to Towers’ Veteran Homelessness program which is working to eliminate veteran homelessness throughout the country.

Tunnel to Towers will be providing housing for over 500 veterans by the end of the year in three communities: Riverside, CA, Los Angeles, CA and Phoenix, AZ. As part of the program, the Foundation will be working with U.S. VETS and the American Legion to also provide comprehensive care including mental health resources, addiction services, and skills training.