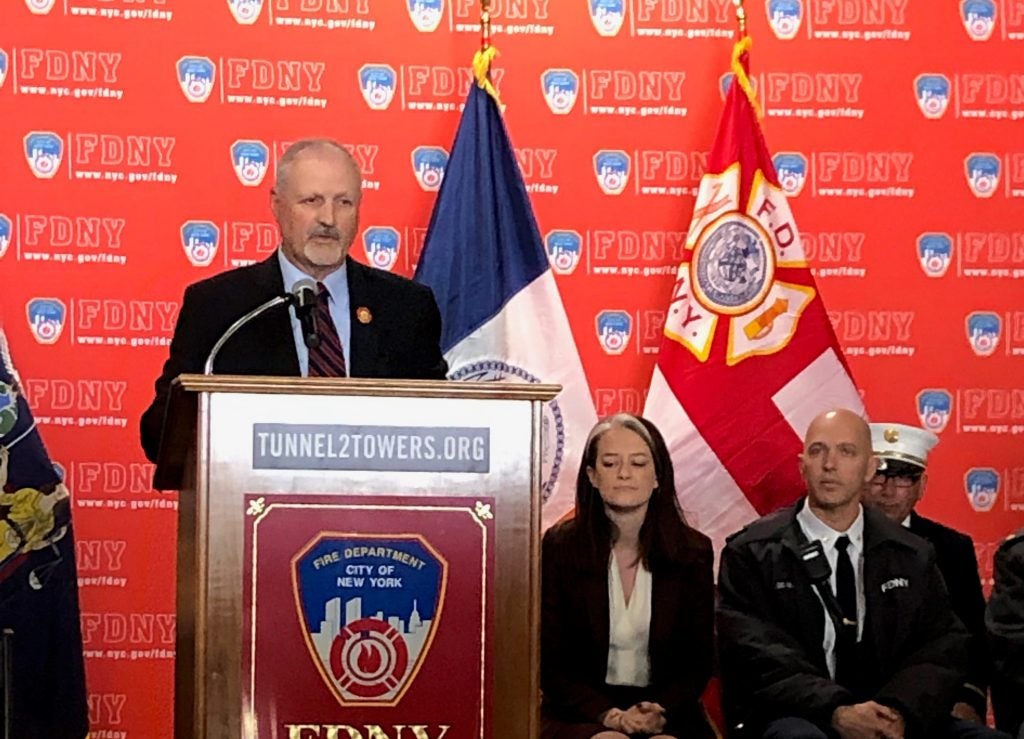 Standing in front of Fire Engine 46 Ladder 27, Chairman and CEO of the Stephen Siller Tunnel to Towers Foundation Frank Siller praised the heroism and bravery of USMC SSgt and FDNY Firefighter Christopher Slutman, announcing the Foundation would be paying off the mortgage on the family’s home in his honor.

“When we at the Tunnel to Towers Foundation heard the news that Firefighter Slutman was killed while serving our country, we knew that we had to do something. It’s what we do as a Foundation,” Siller said. “We are going to raise the money to pay off the mortgage for Christopher Slutman’s family so they never have to worry about it again.” 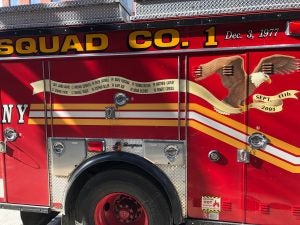 Siller, who founded Tunnel to Towers to honor his brother Stephen Siller, a FDNY firefighter who gave up his life saving others on 9/11, announced that the Slutman family would never have to worry about making another mortgage payment and can find peace knowing that their home, the home where they made so many family memories, will be theirs forever.

SSgt Slutman was killed on April 8, 2019, when his convoy was hit by an IED. Two other service members lost their lives in the blast.

Slutman also served his community as a 15-year veteran of the FDNY and had most recently been working at Ladder 27 in the South Bronx. 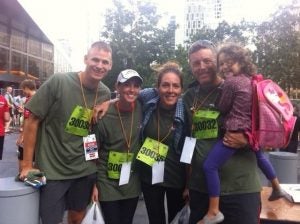 In 2014, the city honored him with the Fire Chiefs Association Memorial Medal for bravery after he risked his own life when he rescued an unconscious woman from a fire in a high-rise apartment building in the Bronx.

“SSgt and Firefighter Christopher Slutman made the supreme sacrifice for his country. When he was here in the Bronx, he risked his life day after day. That is an extraordinary life of service, courage and bravery – one that should be celebrated and remembered always,” said FDNY First Deputy Commissioner Laura Kavanagh. “The Siller family has always stepped up for our FDNY family. Once again, they are here with us to support the family of a true hero, not just to our city but to our country. They do this in Stephen’s name, and they do it because quite simply, it is the right thing to do.”

He leaves behind a wife, Shannon, and three young daughters, McKenna, Kenley, and Weslynn.

Gold Star Home Recipients Rebecca Briggs and Carmela Raguso had their mortgages paid off in 2018. Their husbands, Master Sgt Christopher Raguso and SSgt Dashan Briggs were killed in a helicopter crash in Iraq, while serving with the 106th Rescue Wing. 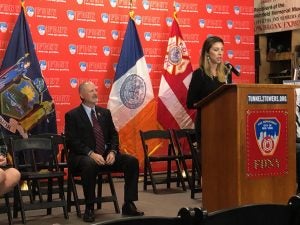 “I can stand up here personally today and tell you, Shannon, you and your beautiful little girls will be okay because of Frank and the Foundation. He had my back and he has yours, too,” said Raguso.

“Tunnel to Towers has stepped up and taken care of my family. They let us stay in our home. I can be there to raise our kids. I really hope that America and the state of New York can step up and help Shannon stay in their home,” Briggs added.

To help the Foundation in its mission to pay off the Slutman family mortgage, please donate today.