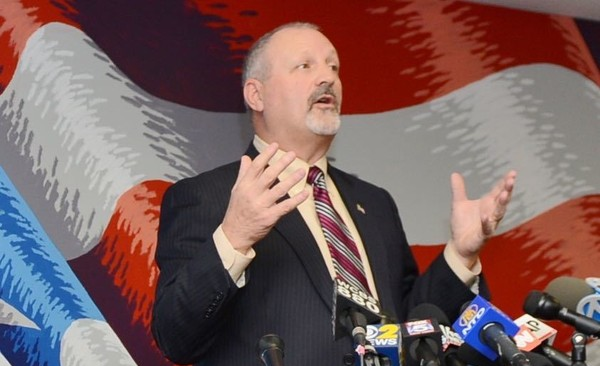 The Stephen Siller Tunnel to Towers Foundation CEO and Chairman Frank Siller has been honored with the Louis R. Miller Leadership Award for the positive impact he has had on not only his own personal community, but a magnitude of communities nationwide.

The foundation was created by Frank with his siblings and Stephen’s wife, Sarah, in honor of firefighter Stephen Siller, who laid down his life to save others on September 11, 2001. In the name of Stephen’s sacrifice, the Tunnel to Towers Foundation honors U.S. military and first responders who continue to make the ultimate sacrifice for their country and communities.

Frank Siller is being honored with a Louis R. Miller Leadership Award in the non-profit category. Sponsored by Richmond County Savings Bank, a division of NYCB, and presented by the Staten Island Chamber of Commerce and the Staten Island Advance, the award is named in honor of Louis R. Miller, a businessman, West Brighton resident and, like Frank, a community leader. Jon Salmon of Salmon Real Estate, nominated Frank for the award, saying, “the foundation was instrumental in assisting thousands of Staten Island families after Hurricane Sandy and has helped families affected by the deaths of NYPD officers.”

Frank Siller and the Stephen Siller Tunnel to Towers Foundation will continue to honor Stephen’s sacrifice by helping those in need and committing to our mantra of doing good.