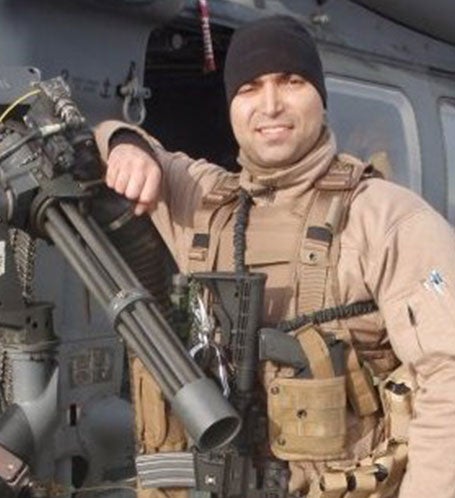 Master Sergeant Christopher Raguso was killed on March 15, 2018, in a helicopter crash in Iraq while serving as a Special Missions Aviator with the New York Air National Guard.

Raguso previously deployed to Iraq, Afghanistan, Horn of Africa, Texas, and the Caribbean for Hurricanes Harvey and Irma.

Raguso also served his community as a member of the FDNY. He joined the department in 2005 and during his 13-year career, Raguso received six citations for bravery and was considered a rising star in the FDNY.

He was also a volunteer firefighter in Commack.

He left behind his wife Carmela, and their two young daughters, Mila and Eva.

Tunnel to Towers paid off the Raguso family’s mortgage in 2018.