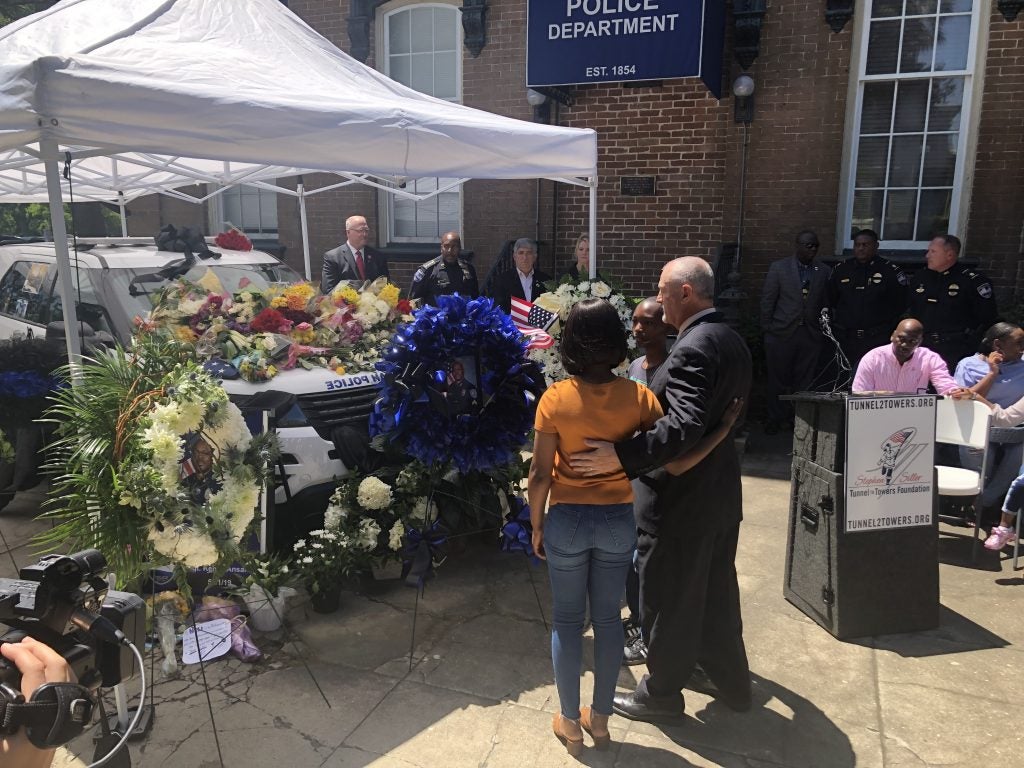 In response to the tragic loss of Savannah Police Sgt. Kelvin Ansari, the Stephen Siller Tunnel to Towers Foundation has pledged to pay off the mortgage on his family’s home, donating the first $100,000 in his memory.

Standing outside of the Savannah Police Department Headquarters, Tunnel to Towers CEO and Chairman Frank Siller announced that the Foundation will donate the first $100,000 towards the mortgage of fallen Police Sgt. Ansari’s family, with plans to fundraise the additional funds needed to pay off the remainder of the mortgage.

Now, Siller is calling on the country to help bring security and peace of mind to the Ansari family – showing them their home is safe and will be theirs forever.

“He has been taking care of your family – 20 years in the service and 10 years on the streets of Savannah. Now, it’s America’s turn to take care of his family by helping pay off this mortgage,” Siller said.

Savannah Police Chief Roy Minter went on to talk about how the public can help and thanked the Foundation for its support. “When we lose a hero, there are a lot of holes that occur that have to be filled. There are emotional holes, psychological holes, but the financial holes that are caused by somebody’s death where we can help them out – that is something they shouldn’t have to deal with. I’m sure this will go a long way to this family,” said Chief Minter.

“On behalf of the men and women of the Savannah police department we are proud there are organizations such as Tunnel to Towers that are there for us and there for our families,” he concluded.

Sgt. Kelvin Ansari served 21 years in the US Army before he became a Savannah police officer, but his lifetime of public service ended on May 11, when he was shot and killed while responding to a robbery investigation. He leaves behind his wife Charlotte, and four children, aged 5, 11, 22 and 25. His eldest daughter is following in his footsteps and has been in the Air Force for three years.

Tunnel to Towers is committed to ensuring we never forget the events of 9/11 and the sacrifices that were made and continue to be made by our first responders in the line of duty. Through our Fallen First Responder Home Program, we support our law enforcement, firefighters, and emergency workers that lost their lives under extraordinary circumstances in the line of duty. In these times of tragedy, it is our mission to provide a support system for the surviving family and ensure that they are cared for.