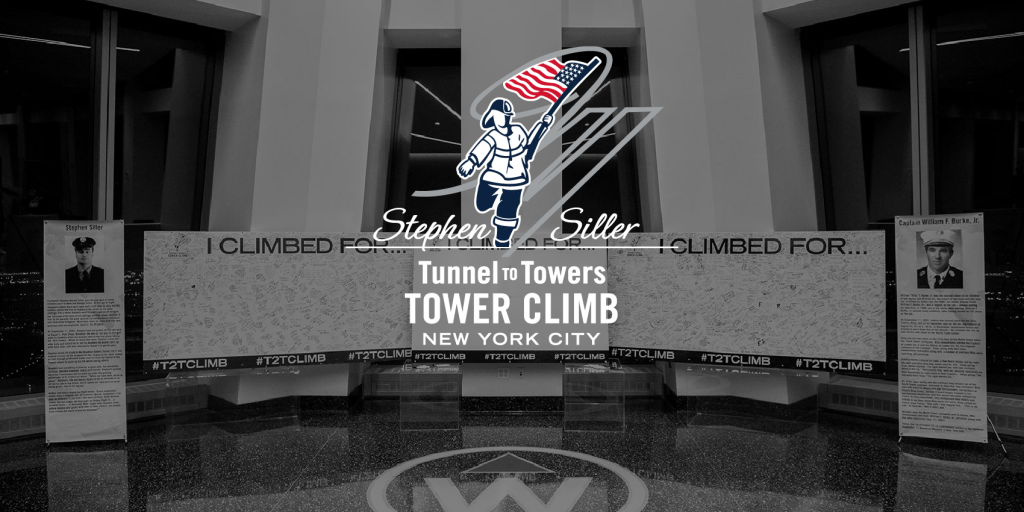 Since 2015, participants from around the world have joined first responders, veterans and catastrophically injured service members to climb 104-stories – 2,226 steps to reach the finish line at the top of the One World Observatory. Now, you can join them in the race to the top on June 2, 2019.

The event is limited to 1000 participants, so it is imperative to register now to secure a spot in this year’s climb.

The honorary starters for this year’s Tunnel to Towers Tower Climb NYC will be Carmela Raguso and Rebecca Briggs, widows of two American heroes lost in Iraq.

Tech Sgt. Dashan Briggs, and Master Sgt. Christopher Raguso were members of the 106th Air National Guard, who died in March of 2018 when their helicopter crashed in Iraq.

Following the deaths of these two heroes, Tunnel to Towers paid off the mortgages on both families’ homes as part of the Foundation’s Gold Star Family Home Program.

To learn more about the climb and register for the event go to T2TCLIMB.org.