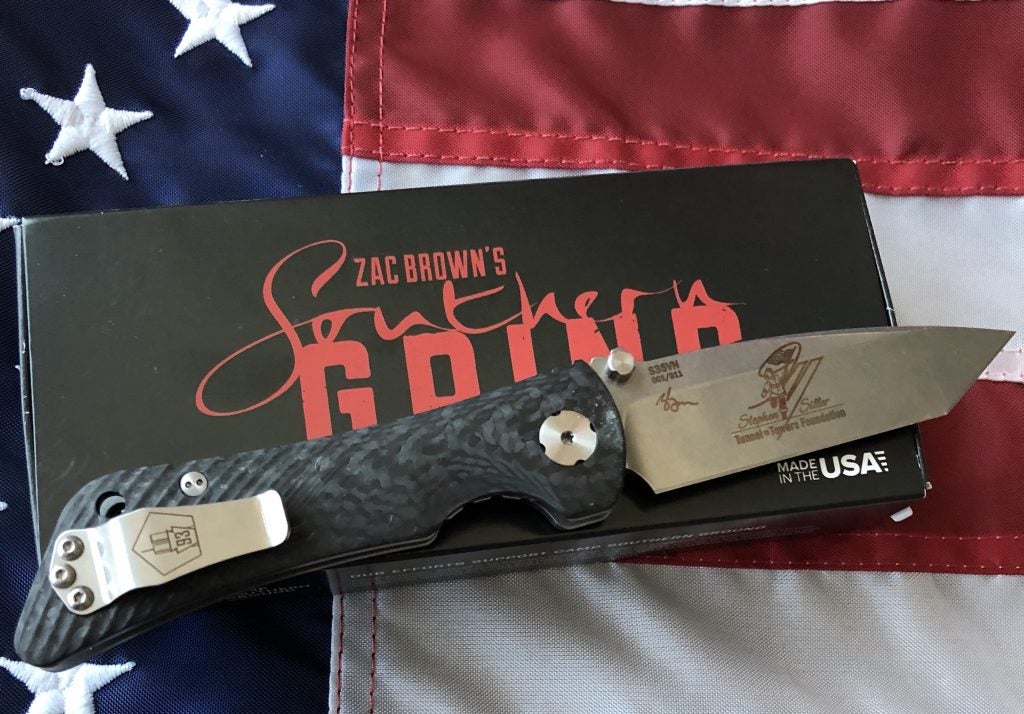 To mark the 18th anniversary of September 11, Zac Brown’s Southern GRIND, in collaboration with Blackfish and Atlantic Signal, created the 9/11 Limited Edition Tunnel to Towers Spider Monkey Knife to honor the lives of our fallen American Heroes.

“We’re very proud to be really American made. All of the profits from here go to help serve kids and the military and really have a higher purpose. We are glad to partner with the Tunnel to Towers Foundation,” said Zac Brown, founder, frontman and lead vocalist for the multi-platinum, Grammy Award-winning, Zac Brown Band and Southern GRIND’s Owner.

To honor and support America’s Heroes, $125 dollars of each purchase will be donated to the Stephen Siller Tunnel to Towers Foundation, whose mission is to support the families of fallen First Responders, Gold Star families and catastrophically injured veterans.

“Zac Brown’s dedication to the military is present in his music, at his concerts and with his work at Camp Southern Ground. I am so proud to partner with him on creating a blade that not only pays tribute to first responders and service members, but will also help us continue our mission to support those heroes and their families,” said Frank Siller, Chairman and CEO of the Tunnel to Towers Foundation.

The 9/11 Limited Edition is a single run of 911 serialized Southern GRIND Satin Tanto Carbon-Fiber handled Spider Monkeys. Etched into the blade is the Tunnel to Towers Foundation logo and signature of Zac Brown. Etched on the clip is the 9/11 graphic including the Twin Towers, The Pentagon and “93.”

Included with this knife is a Certificate of Authenticity featuring each partner company in this collaboration, the verified SKU and serialized number verification digitally signed by Zac Brown and co-signed by the Southern GRIND inspector to insure quality and accuracy.

“We thank God for the privilege to collaborate with true American Patriots such as Southern GRIND, Atlantic Signal, and Tunnel to Towers. We are grateful for the opportunity to honor the service and sacrifices of those who embrace the American warrior spirit and their families, in the defense and protection of our beloved nation,” said Mike Albrycht, Director of Blackfish.

This 9/11 Limited Edition Tunnel to Towers Spider Monkey is a representation of what good we can do as Americans when we work together.