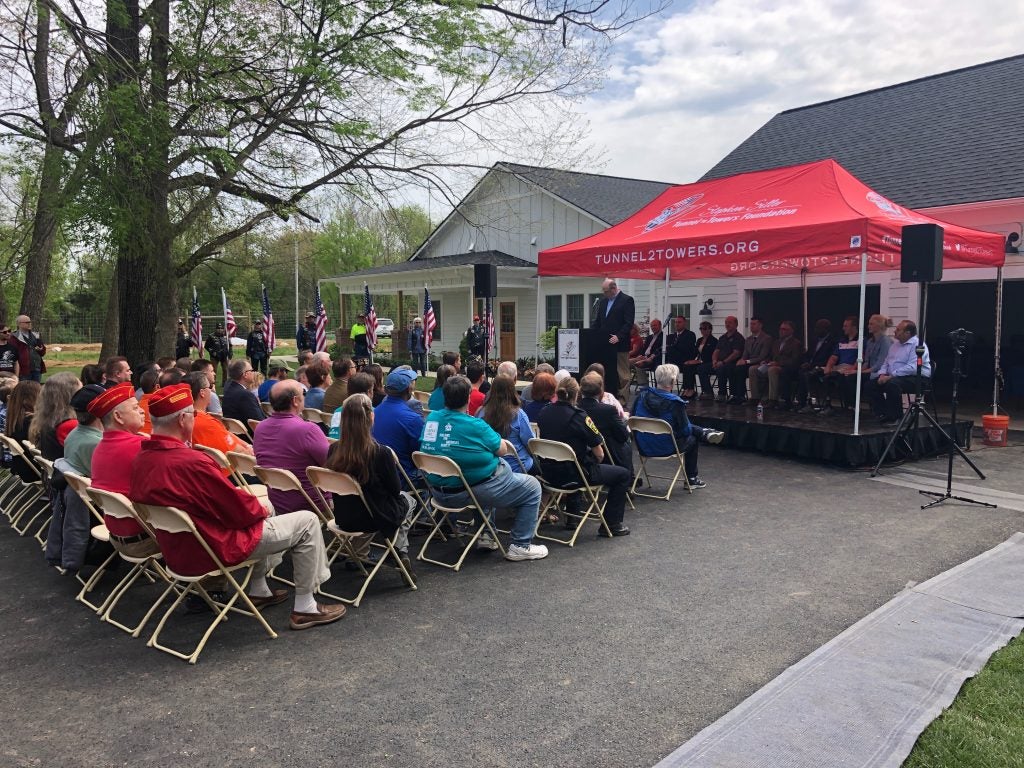 On an April morning in Middleburg, VA, a parade of police cruisers and firetrucks make their way down a flag lined street escorting Tunnel to Towers Foundation Smart Home Program recipient and USMC Sgt Rob Jones and his wife to his brand new smart home.

When the couple arrived, they were greeted with applause from a crowd of family, friends and new neighbors, all organized by the Tunnel to Towers. The Foundation, named after a fallen 9/11 FDNY firefighter, built this home for Sgt Jones to meet his specific needs as a double leg-amputee. 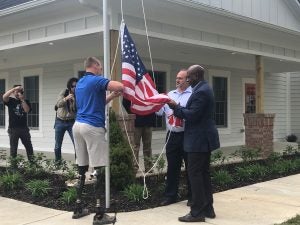 Born and raised in Lovettsville, VA, Jones enrolled in Virginia Tech in 2007. During his junior year, he began to feel like something was missing in his life. After reading the book Band of Brothers by Stephen E. Ambrose, he decided he wanted to be a soldier. He enlisted in the USMC Reserve and began work as a combat engineer at Bravo Company, 4th Combat Engineer Battalion in Roanoke, VA.

Rob was deployed to Iraq in 2008 and to Afghanistan in 2010 – during his deployment to Afghanistan, Rob’s unit was pushing into Taliban territory when he was tasked with clearing an area with a high probability of IED activity. On July 22, 2010, a landmine detonated – the blast cost Rob both legs above the knee. 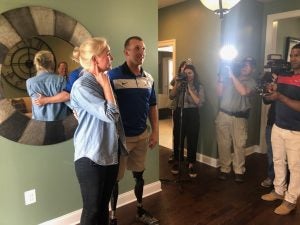 During his recovery, Rob started to train, and in 2012 he competed and won bronze in in rowing at the London Paralympics. His drive to compete was fueled by the motto, “once a Marine, always a Marine.” In 2013, he set upon a 181-day, 5,180-mile bike ride from Maine to California to raise money for charities that help wounded veterans.

In 2017, he set a new physical challenge for himself: run 31 marathons over the course of 31 consecutive days in 31 major US cities to once again raise money for veteran’s charities, including the Stephen Siller Tunnel to Towers Foundation.

When selecting a town for his new smart home, Rob decided, “there’s no better place to come back to forever,” referring to Middleburg, just 25-miles away from his hometown of Lovettsville.

He’s looking forward to farming with his wife, Pamela, on their new 13 acres of land. Also an athlete, Pamela is dedicated to eating healthy foods – the couple knows the only way to truly know where your food comes from and how it was treated is to grow it yourself. 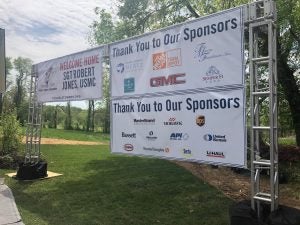 The Tunnel to Towers Foundation built Jones’ smart home to meet his specific needs and allow him as much independence as possible. Cooking food from the farm will be easier because the kitchen features pull-down cabinet shelving and a stove that adjusts to wheelchair height, so Rob can reach everything safely if he on his prosthetic legs or in a wheelchair. The home also features lights, doors and a thermostat and security system that can be controlled via smartphone or tablet.