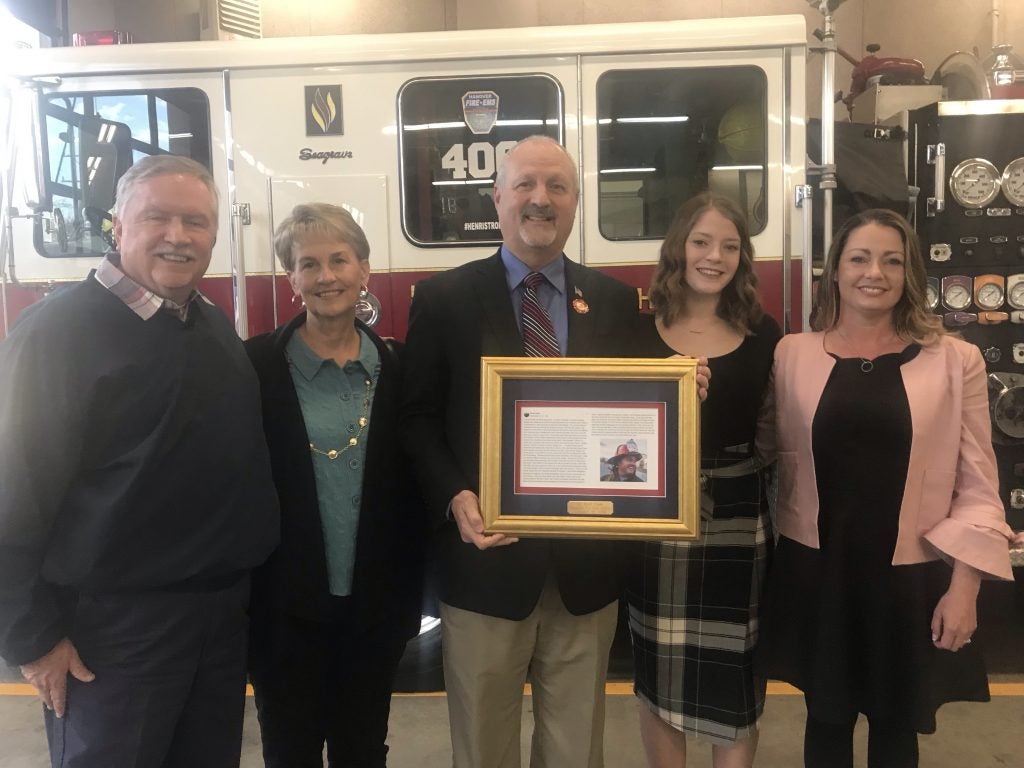 Less than a month later, the Stephen Siller Tunnel to Towers Foundation has kept our promise to the family of fallen Hanover Firefighter Lt. Bradford Clark that we would pay off their mortgage.

Frank Siller, Chairman and CEO of the Tunnel to Towers Foundation, told Lt. Clark’s wife Melanie that he would return to Hanover before Thanksgiving with a notice from the bank that her mortgage had been paid off in full. On Nov. 20, just days before that deadline, Siller stood inside Hanover Fire-EMS, Henry Station 6, Lt. Clark’s station, and announced that Melanie would never have to make another mortgage payment.

“I have had time to reflect about Brad and what he would want me to do after this tragedy. I will work at the local, state and national levels to make sure our move-over laws are stronger and better advertised. The Foundation has given me a way to proceed. I am going to resign from my job and make roads safer,” said Melanie. 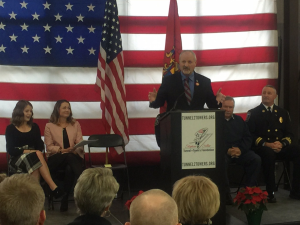 Lt. Clark, 43, was killed in the line of duty in October. He left behind wife Melanie and four daughters, Brady, Lilly, Olivia and Madison.

“A lot of love went into this. I can’t be more honored to let you know that your community, Tunnel to Towers and our followers around the country have made this happen,” said Siller. “Family is a great thing. They will carry the day.”

After the sudden death of a loved one in the line of duty, one of the many hardships families face is what will happen to their home. It was a major concern of Melanie.

The Fallen First Responder Home Program pays off the mortgages for the families left behind when a firefighter or police officer is killed in the line of duty. Since 2015, the Foundation has ensured that countless first responder families with young children have the security and stability of a mortgage-free home.

To support our mission and first responders just like Lt. Clark, consider making a donation today.