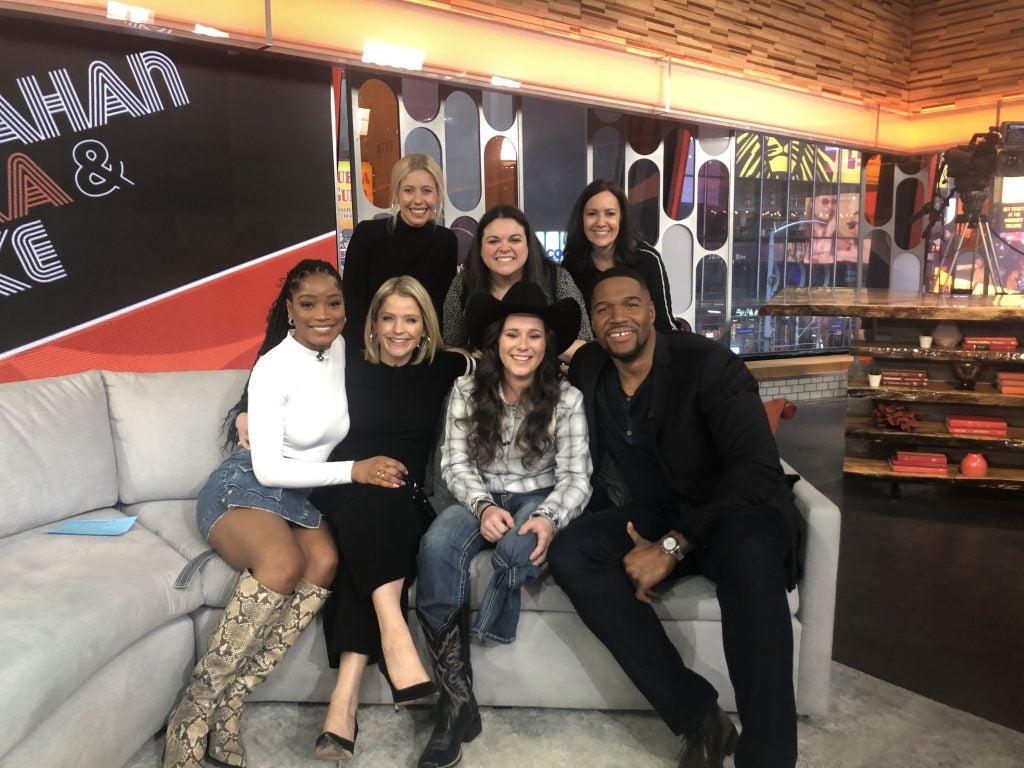 SPC Maggie Mae Bilyeu, U.S. Army, was only 25 years old when she survived the blast of an Afghan suicide bomber in 2016. Today, the Stephen Siller Tunnel to Towers Foundation and long-time partner The Home Depot Foundation surprised her with a specially adapted smart home live on Strahan, Sara & Keke.

In October 2015, Bilyeu joined the U.S. Army and was stationed at Fort Hood, TX for basic training prior to her deployment to Bagram, Afghanistan later that year.

In early 2016, just a few months into her deployment as part of Operation Freedom Sentinel, Bilyeu was struck by a suicide bomber, leaving her critically injured and killing two American soldiers and two American contractors.

Numerous treatments resulted in the loss of part of her small and large intestine, part of her colon and a portion of her left breast, a splenectomy and the repairing of a split in her diaphragm. Bilyeu went on to lose her left leg below the knee as a result of the injuries sustained during the attack. She has also been diagnosed with TBI, loss of hearing and tinnitus.

In partnership with the Tunnel to Towers Foundation, The Home Depot Foundation is able to help restore independence for our nation’s catastrophically injured veterans through the Foundation’s Smart Home Program, which builds mortgage-free, custom-designed smart homes to address the unique needs of each combat-wounded veteran.

Smart homes host a number of accessible features including automated doors and lighting, wider halls and doorways, special showers to accommodate wheelchairs, automatic door openers, cabinets, counters and stove tops that can be raised and lowered, back-up generators and central heating and air conditioning systems that can be controlled by tablets.

Along with our partner, the Home Depot Foundation, Tunnel to Towers is committed to building a mortgage-free smart home for Bilyeu and her wife, Mia, in Texas, which will allow her to continue to receive medical care.