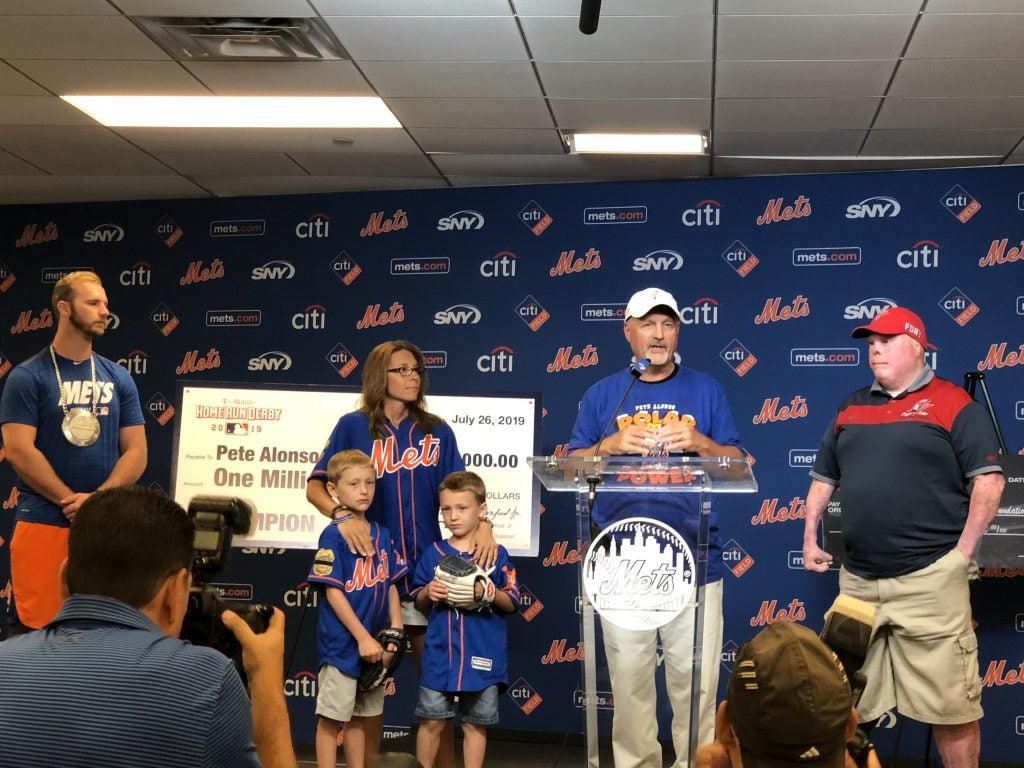 The New York Mets’ newest All-Star and newly crowned 2019 Home Run Derby Champion Pete Alonso presented his own $50,000 check to the Stephen Siller Tunnel to Towers Foundation alongside his own $1 million prize.

Making the event even more special, Siller was able to introduce Alonso to Lisa Tuozzolo and her two sons and Army Sgt Rick Yarosh, two New Yorkers the Foundation has helped.

Lisa’s husband, NYPD Sgt. Paul Tuozzolo, was killed in the line of duty on November 4, 2016, after he was shot upon responding to a 911 call in the Bronx. In addition to Lisa, he left behind their two young sons. The Tunnel to Towers Foundation paid off the Tuozzolo family’s mortgage.

In 2006, Sgt Yarosh was serving his country in Iraq when his vehicle was hit by an IED, engulfing his vehicle in flames. Over 60% of his body was burned, causing him to lose his right leg, both ears, multiple fingers and most of the function in his hands. The Tunnel to Towers Foundation presented him with a new smart home in Vestal, New York on May 23, 2019. 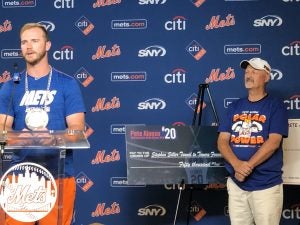 “I feel really strongly about people who put their lives on the line every single day, and for me, I think that’s kind of overlooked every once in a while. I think it’s something we all take for granted. The price of freedom isn’t free. You’ve got guys overseas paying that price every day. That’s why we’re here right now,” said Alonso.

“Also, we’ve got people every single day on the home front keeping us safe, whether it’s firefighters, cops, Port Authority, any sort of first responder. I have a very strong passion and respect for those people who are willing to make the ultimate sacrifice every single day. A bad day for me is getting booed off the field. I can’t even imagine what a bad day at work is like for people who put their lives on the line every single day. I just wanted to show my appreciation. Hopefully, other people can be inspired to help out.”