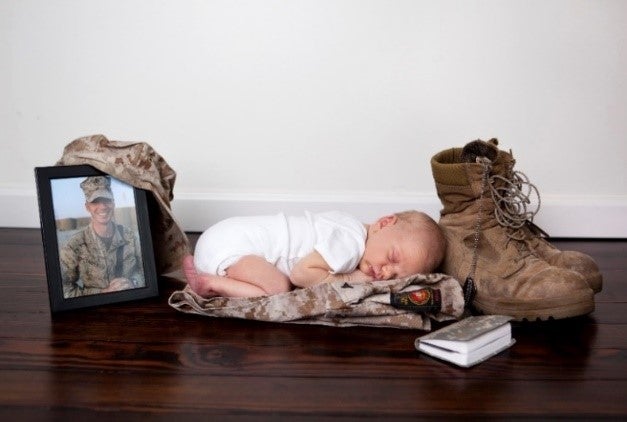 Growing up, my dream was like any other little girl’s dream. I imagined myself meeting my Prince Charming, getting married, buying a home and having a sweet little family.

After growing up, my dreams quickly came true. I met this wonderful man who adored me and eventually asked me to marry him.

Since he was an infantryman in the United States Marine Corps there were certainly some challenges due to his frequent absences for training and deployment, however after marrying we decided to forge ahead and move to North Carolina where he was stationed at Camp Lejeune.

It was so wonderful getting to live life together! And then, not long after getting married, we found out we were expecting a baby!

At first I was scared because Andy was preparing to leave for his second deployment in a few weeks, but he quickly eased my heart and helped me to see the joy in all this. Our dream of having a family together was really happening!

Then, on February 14, 2011–35 weeks along in my pregnancy–my life changed forever. That was the day I learned that my husband, LCpl Andrew Carpenter, had been shot in the neck while on patrol in Helmand Province, Afghanistan.

The bullet severed his spinal cord, which had resulted in him being what the doctors referred to as “brain dead.” Over the next several days, I fought and prayed so hard for a miracle. Then five days after he was shot, I had to make the hardest, most difficult decision I never wanted–or imagined–I would have to make – I had to agree to take Andy off the ventilator.

It was the most devastating moment for me. I was terrified. And even though I had so many loved ones supporting me, I still felt so alone.

Then, fast forward four weeks and I welcomed our precious baby boy Landon Paul Carpenter into this world. 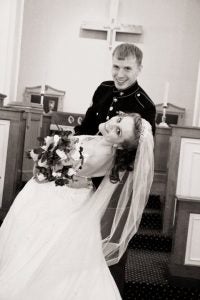 He was PERFECT! And even though I had no plan for how or where to start our new life together, I just kept pushing forward because I knew I had to show Landon how we can always overcome hard times in life.

After losing Andy I never really felt like I knew where home was. After living in three different towns and five different rental homes, in fairly short order, I knew my dream was to eventually purchase a house for us. A place we could finally call “home.”

Many nights I would stay awake looking at houses and prices and trying to figure out in my mind how I could do this. I looked at homes for several years but had always been too scared to actually move forward with it. I never really felt financially stable enough to take that leap.

When I heard about the Tunnel to Towers Foundation and their new Gold Star Family Home Program, I couldn’t believe it. I was so excited to at least apply for the program. Then after I applied for the program it was just a few short weeks later that I found out they were giving my son and me a mortgage free home!

I was in absolute disbelief. How could this be real? My dream of owning a home and having a place to officially call home was finally coming true. It’s still so incredibly insane to think about. In fact, even now I am still letting it sink in! 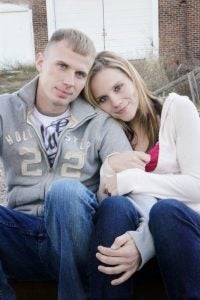 This home we are being blessed with will truly have such an incredible impact on our life. As a parent it has taken such a huge amount of stress off of me to be able to have a safe home in a safe neighborhood where I know Landon will always be okay.

The financial security this gift from Tunnel to Towers is a huge blessing as well.

Since I am a single mom, just knowing we will always have a roof over our head is so extremely comforting.

After Andy died, I chose to continue working on my college degree and eventually graduated with a Bachelor of Science in Psychology and a Masters in Social Work. My job is through a local mental health agency where I am able to work as a school-based therapist doing what I love.

In addition to knowing the role I am playing is truly helping people, one of the major benefits of the job is the schedule that enables me to have summers off and spend them with Landon.

Before receiving this home from Tunnel to Towers, and even though I truly love my job, I was thinking that if I ever decided to purchase a house on my own, I might be forced to switch jobs to be at home with Landon during the summer.

So, being given this beautiful home now has not only lifted a financial burden, but it has also given me the ability to continue investing in precious time spent with my son as he grows–and that is something I will cherish forever.