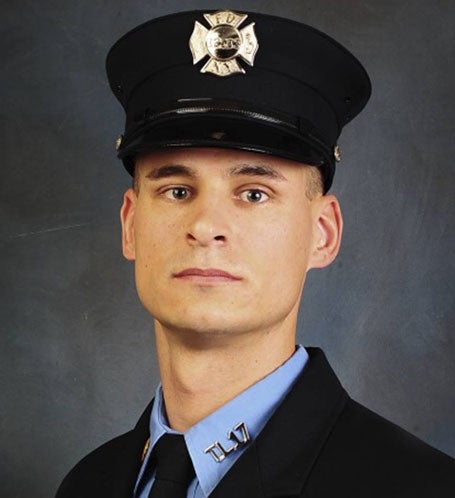 USMC SSgt and FDNY Firefighter Christopher Slutman was killed April 8, 2019 while on active duty in Afghanistan when his convoy was hit by an IED. Two other U.S. service members were killed in the blast.

Slutman bravely wore two uniforms and committed his life to public service both as a New York City Firefighter and as a member of the United States Marine Corps. He was a 15-year veteran of the FDNY and worked for Ladder Companies 27 and 17 in the Bronx.

Firefighter Slutman is survived by his wife, Shannon, and their three young daughters, McKenna, Kenley and Weslynn.

The Tunnel to Towers Foundation paid off the Slutman family’s mortgage in September 2019.