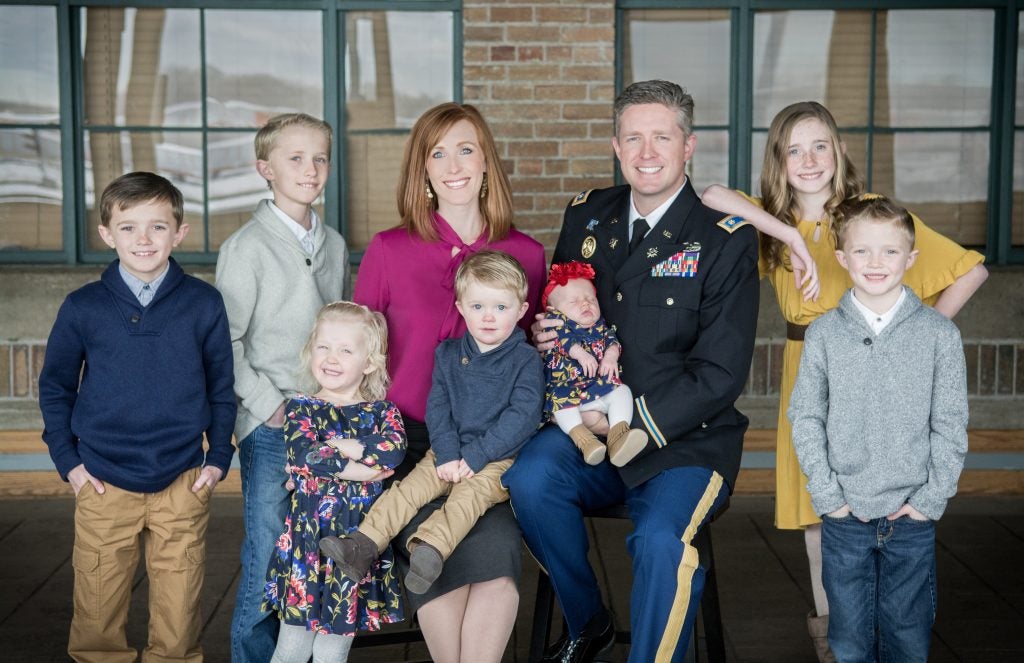 Utah Army National Guard Major Taylor was on temporary leave as North Ogden Mayor and nearing the end of a year-long deployment when he was killed last November. He left behind his wife, Jennie, and their seven children.

U.S. Representative Rob Bishop invited Taylor to sit in the gallery and attend the address; his Congressional District includes North Ogden, where her husband, Major Taylor, served as Mayor.

Within 48 hours of Major Taylor’s death, the Tunnel to Towers Foundation had reached out to Jennie and promised to pay off the mortgage on their family home.

The Foundation made do on its promise and Frank Siller, the CEO and Chairman of Tunnel to Towers, surprised her with the news that her mortgage had been paid in full just weeks later.

To support our mission and Gold Star Families like the Taylors, consider making a donation of $11 per month, today.