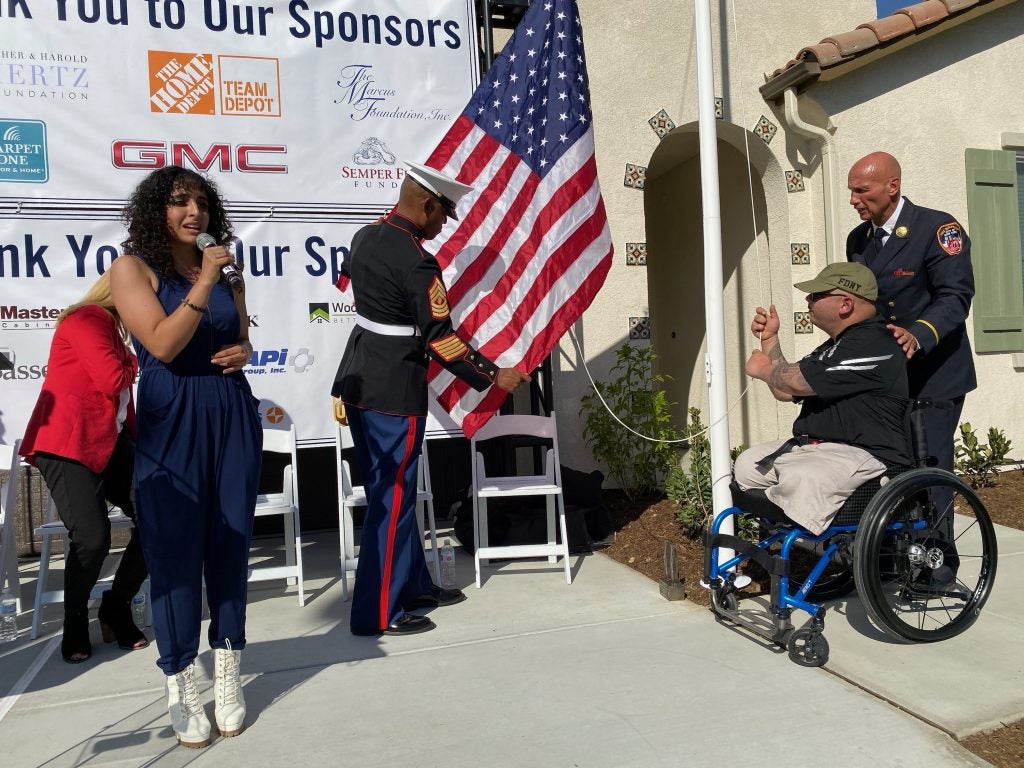 On a sunny day in Southern California, USMC Cpl. Timothy Jeffers arrived to the applause of a massive crowd gathered outside of his brand new, mortgage-free Stephen Siller Tunnel to Towers Foundation smart home.

The veteran was at a loss for words when given the chance to speak before thanking everyone in attendance and saying he felt humbled by the attention. “I really don’t know what to say… I wondered if this was really going to happen. Thank you, Stephen Siller,” Jeffers said, while addressing the two hundred or so people who packed the street in front of his new home. 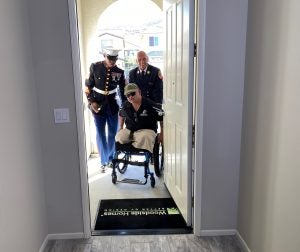 The Tunnel to Towers Foundation, named after a fallen 9/11 firefighter, chose to celebrate Veterans Day by paying honor to Cpl. Jeffers’ service and sacrifice.

While serving his country in Iraq, Jeffers was injured when he stepped on a landmine during a security sweep, losing both his legs, part of his hand and his right eye in the blast. His Commanding Officer, 1stSgt Imhotep Woodby, spoke at the event and welcomed his fellow soldier home. “I want to thank this awesome agency for presenting him a home like this. I can truly understand and appreciate what they have done for him. My sister is in a wheelchair and if you go inside and see the amenities he will be using, he will appreciate it as well.” 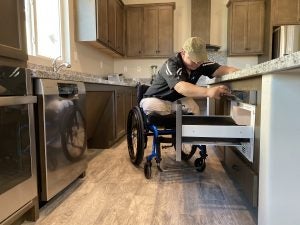 Jeffers, a Southern California native, chose Menifee after seeing the neighborhood for the first time.

“We may not know what he went through, but we can show him love, appreciation and support – that is what we are here to do,” said Mayor Bill Zimmerman, who talked about the strong military community Jeffers was now joining.

Before entering his home, he was handed a piece of Ground Zero steel from retired FDNY Battalion Commander and Tunnel to Towers Foundation Board Member Jack Oehm.

“I planned on joining the Marine since I was 14 years old, I joined thinking about 9/11, and it was scary – but I wasn’t going to let that hold me back,” Jeffers said, speaking about his decision to serve his country.

Upon seeing his home for the first time he was overwhelmed by how spacious every room was designed to be, how easily he could move around his new home in his wheelchair and how all of the appliances were at wheelchair height for his accessibility.

His first order of business once settled in, will be cooking a Thanksgiving turkey and ham for the holidays.