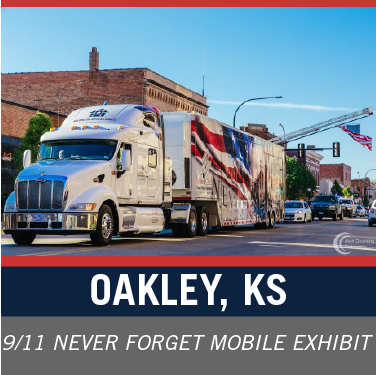 Welcomed around the country, from the Black Hills of South Dakota to the Tennessee State Fairgrounds, the memorial provides interactive education; including artifacts such as steel beams from the towers, documentary videos, and recordings of first responder radio transmissions. Interactive guided tours are carried out by FDNY firefighters who provide firsthand accounts of the day and its aftermath. The 9/11 NEVER FORGET Mobile Exhibit, which has traveled to nearly 30 states and Canada, has welcomed in over 250,000 people to date.

Times are to be determined and are subject to change.