Joe and Chuck Downey, sons of legendary Fire Department of New York City (FDNY) Chief Ray Downey, who died on 9/11, recall their experiences at the World Trade Center that day.

A 36-year veteran of the FDNY, Joe Downey was off on September 11, 2001, and was home watching his two young boys. He received a call from his mother, asking if he was working that morning. She was the one who notified him that a plane had crashed into the World Trade Center.

Chuck Downey, a 30-year veteran and Deputy Chief of the FDNY, was also off-duty on September 11, 2001, and was home watching his young child. When his mother called, he turned on the TV and saw the news coverage of the World Trade Center burning.

Their father, Ray, was the FDNY chief of rescue operations, an icon in the department, stationed on Roosevelt Island. Chuck drove out to Roosevelt Island to the station to find out if anyone had heard from his father. Joe and Chuck weren’t surprised that they didn’t hear anything from their dad since he would be front-and-center for the recovery efforts.

The both of them put the gear on and ventured to downtown Manhattan to the scene. They could not believe what they saw. They didn’t arrive on the scene until after the towers had come down.

Joe and Chuck met at Ground Zero and stayed on the rescue team for eight days before returning home. Joe saw his father’s boss, chief Carothers. He asked if he had seen his father, and Carothers said that it, “wasn’t looking too good.”

They were hopeful that their dad was around somewhere. Joe, who was captain of Squad 18 in lower Manhattan, lost all seven team members.

Their father was last outside of the Marriott Hotel, helping a civilian with another FDNY chief. At that time, Chief Ray Downey ordered a few firefighters that the brothers were close with to evacuate the area immediately. Since then, those firefighters have told Joe and Chuck that their father saved their lives.

Hearing the stories of their father on that day and knowing some of the civilians he saved that morning has been reassuring for his sons. His legacy will never be forgotten. 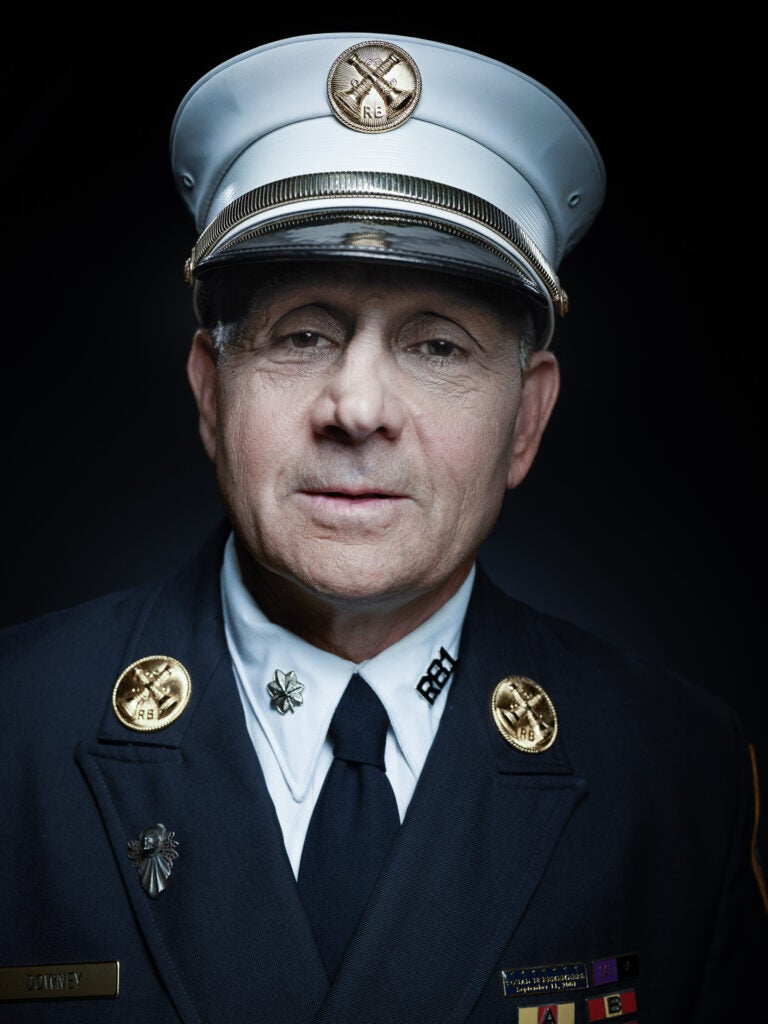