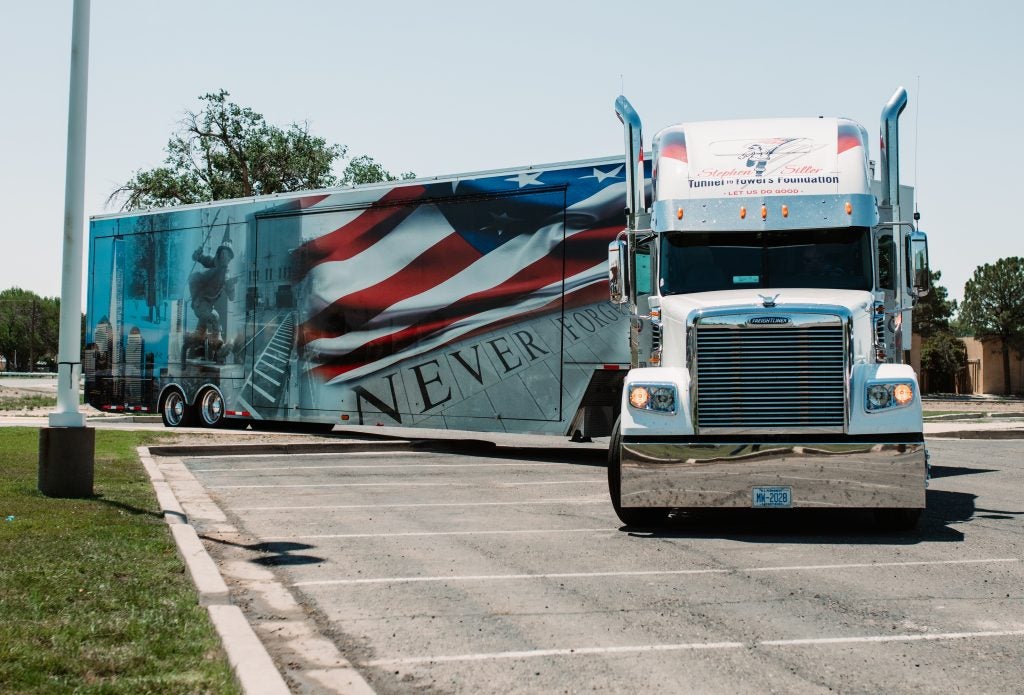 On June 11, Tunnel to Towers‘ 9/11 NEVER FORGET Mobile Exhibit made its way to Artesia, NM through the combined efforts of the Artesia 9/11 Memorial, Inc., PY Foundation, Chase Foundation, TLC2 Foundation From the Heart and Written in Red Foundation.

“For the 20th anniversary of 9/11, we wanted to do our part in ensuring we never forget, which is the premise on which our nonprofit was formed, along with educating our community and our youth about 9-11. Bringing the Exhibit helped towards that end by bringing the tragedy of 9/11 to our community,” said Debbie Brazas, Secretary of Artesia 9/11 Memorial, Inc.

Artesia Fire Department (AFD) personnel and volunteers were instrumental in providing support for the Exhibit. 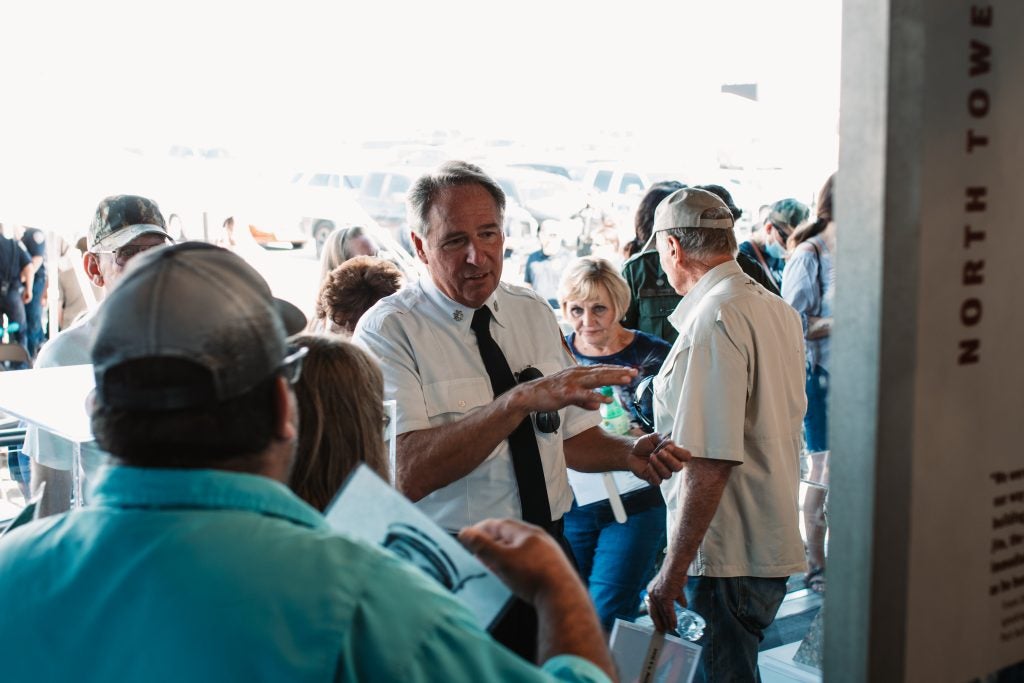 Many local citizens lined Main Street in downtown Artesia holding photographs of some of the fallen FDNY firefighters, and greeted the Exhibit as it came into Artesia. An opening ceremony comprised of the Honor Guard presenting the colors by US Border Patrol and the National Anthem performed by nearby SE NM resident Rachel Carvajal kicked off the exhibit’s first day, along with a 21-Gun Salute performed by NM State Police and bagpipers playing Amazing Grace performed by Justin Lee and Adam Baird. A speech given by Secretary on the board of Artesia 9/11 Memorial, Inc., Debbie Brazas was followed by the announcement by Billy Puckett that the Tunnel to Towers Foundation would be paying off the mortgage for the family of Cpl. Thomas Fraizer, who recently died in the line of duty. 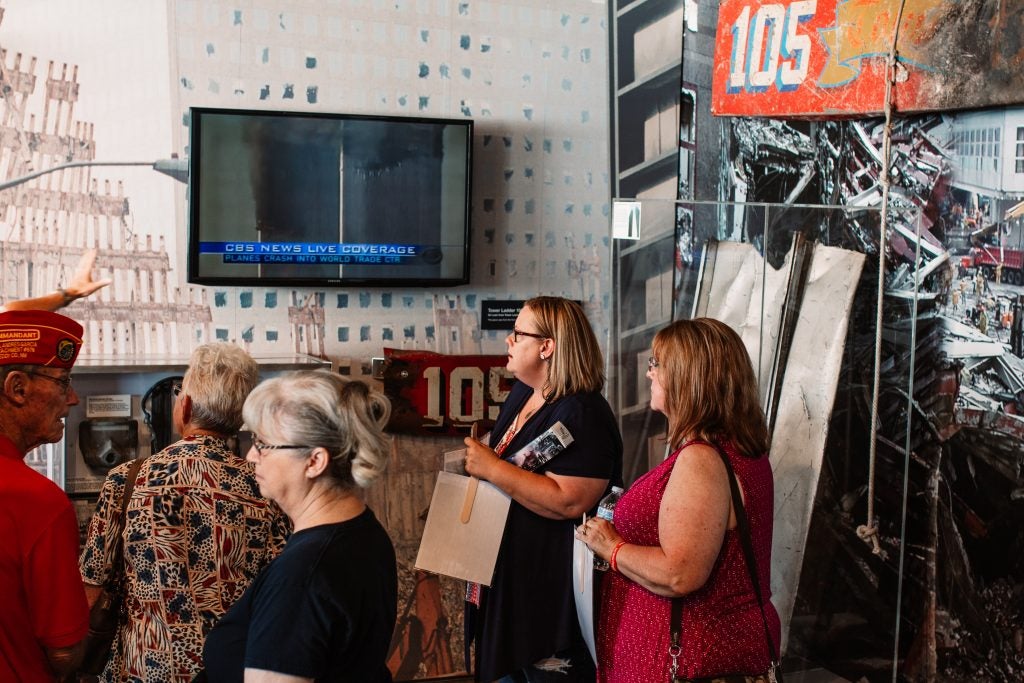 Educational books about 9/11 were handed out to children along with backpacks filled with fire helmets, yo-yos, frisbees, coloring books, water bottles, puzzles, stickers, wrist bands and more for all attendees.

“The Exhibit coming to Artesia may very well have been the biggest event SE New Mexico has ever had, and that the community has ever taken part in,” said Brazas. 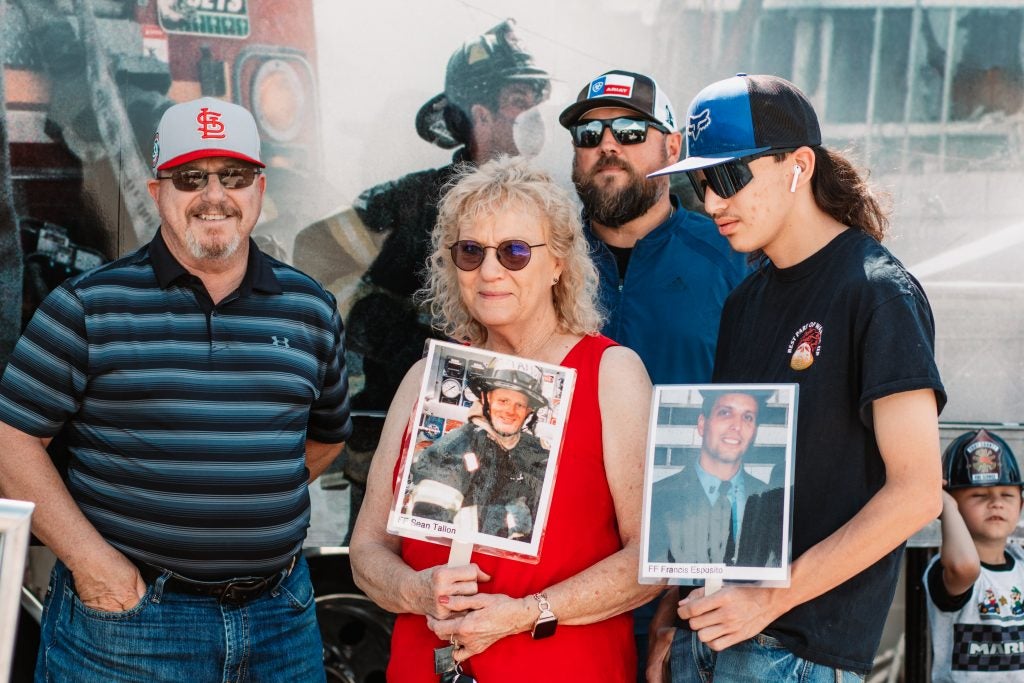 This year is the 20th anniversary of both the September 11th attacks and the inception of the Foundation. In honor of this, Tunnel to Towers 9/11 NEVER FORGET Mobile Exhibit will spend 2021 traveling the country to vividly bring the events of that day to life for Americans who are unable to travel to New York City.

To see if the exhibit is visiting your city, visit T2T.org.