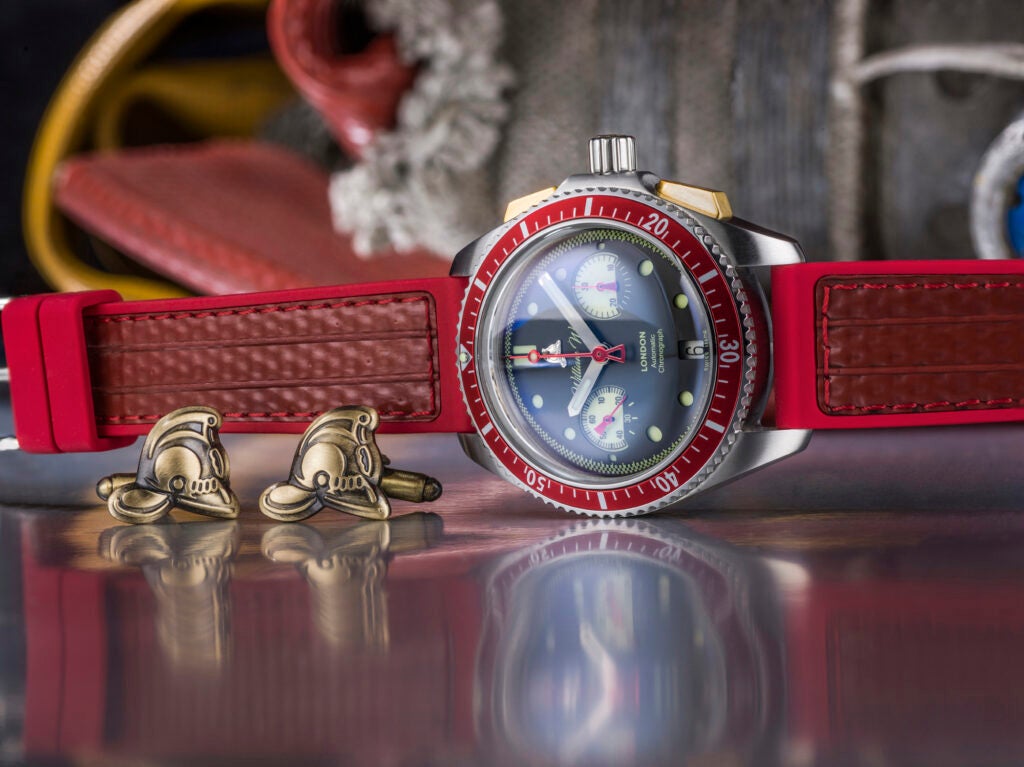 The Tunnel to Towers Foundation has collaborated with William Wood Watches, a British luxury watch company, to create a one-of-a-kind timepiece honoring the 20th anniversary of the September 11th attacks – this one-of -one watch will be auctioned off to benefit the Foundation.

The watch honors the heroes who made the supreme sacrifice of laying down their lives to rescue those down at Ground Zero – just as Stephen Siller did when he strapped 60 lbs. of gear to his back and ran through the Brooklyn Battery Tunnel. All proceeds from the auction of this unique timepiece will go directly to the Foundation’s Fallen First Responder Home Program, which pays off the mortgages of the families of law enforcement officers and firefighters who lose their lives in the line of duty. 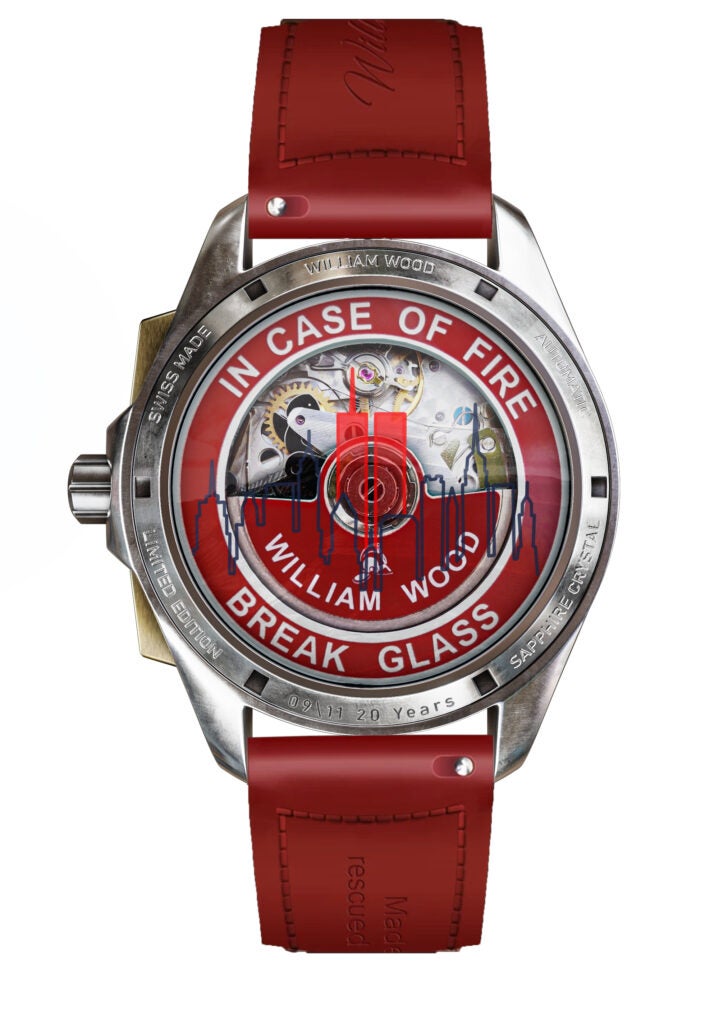 Printed onto the back glass of the watch is the magnificent silhouette of the Twin Towers – an iconic piece of New York City skyline that stood in lower Manhattan before the tragedy of 9/11. Engraved into the watch case are the words ‘09/11 20 Years’ as a special tribute to this milestone anniversary.

Johnny Garrett, the founder and CEO of the William Wood Watches, named his company after his late grandfather William Wood, a firefighter who served in the British Fire Service for over 25 years. Firefighter William Wood received many commendations for his acts of bravery, and went on to inspire his grandson Johnny to craft beautiful and unique luxury watches from upcycled British fire fighting materials. The special edition 9/11 Time for Heroes watch is one of exquisite craftsmanship forged in the prestigious Jura Mountains in Switzerland known as the Watch Valley. It is part of a chronograph series with dials inspired by a fire engine cab, hands mirroring water pressure pump gauges, the crown made from an original melted down vintage 1920’s British brass firefighter’s helmet, upcycled fire hose straps made and is placed in a distinctive genuine Italian leather case with the design inspired by a British fire alarm call box.

Johnny Garrett remarked on the awe-inspiring dedication to service that the Tunnel to Towers Foundation has for its program recipients. “I knew that this was a remarkable organization that we had to support,” said Johnny, “we are delighted to be standing alongside this brilliant organization and raising funds in commemoration of such a significant event which shook the world.”