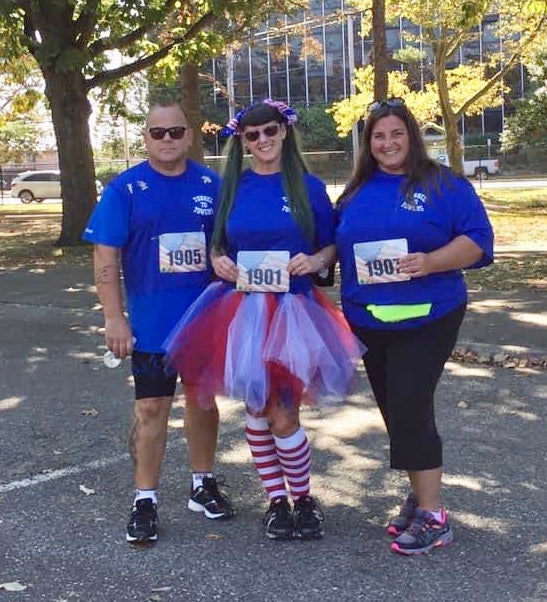 On Saturday, October 3, Laurie Rudnick pulled up her striped socks, put on her Team Vigiano t-shirt – paired with her red, white and blue tutu – and participated in the Tunnel to Towers #NEVERFORGET Virtual Challenge.

While the outfit was the same as it had been for the previous races, everything else was different. The Tunnel to Towers 5K Run & Walk NYC, which takes runners from Brooklyn through the Brooklyn Battery Tunnel to Ground Zero to retrace FDNY Firefighter Stephen Siller’s final steps, adapted to the COVID-19 pandemic this year and became a Virtual Challenge.

Rudnick has taken part in the annual 5K every year since 2012 to honor her cousins, FDNY firefighter John Vigiano II and NYPD Detective Joseph Vigiano, who lost their lives on September 11, 2001. She was devastated when she got the news that there wouldn’t be a race this year.

“I look forward to it every year. This thing is a huge part of my life. After one race ends, I get started on planning for the next year – new t-shirts, new fundraising mission. I knew the cancellation was coming, but it was still so sad. This event, it’s not just one day for me – it’s the whole year. This year I didn’t have my ‘thing’.”

For Team Vigiano, the Tunnel to Towers 5K Run & Walk has become a family tradition, involving a rotating roster of family members, a multi-car caravan from Long Island to Brooklyn to Manhattan and back again and patriotic race day outfits. Even when faced with a pandemic, Rudnick was determined to get the family together in order to keep the tradition alive.

“Even if we walked around the block 20 times, I vowed that we will do this every year, and that we would never forget,” Rudnick said.

With sunny and warm weather in the forecast, Rudnick gathered her sister, parents and friends in Eisenhower Park on Long Island – their teammate Tony mapped out their own 5K route. One thing that was never in question was wearing her annual race outfit, red white and blue regalia from her head to her feet.

“When I wear this in the race, it’s expected. At Eisenhower Park on a random Saturday, I was quite the spectacle,” she said. 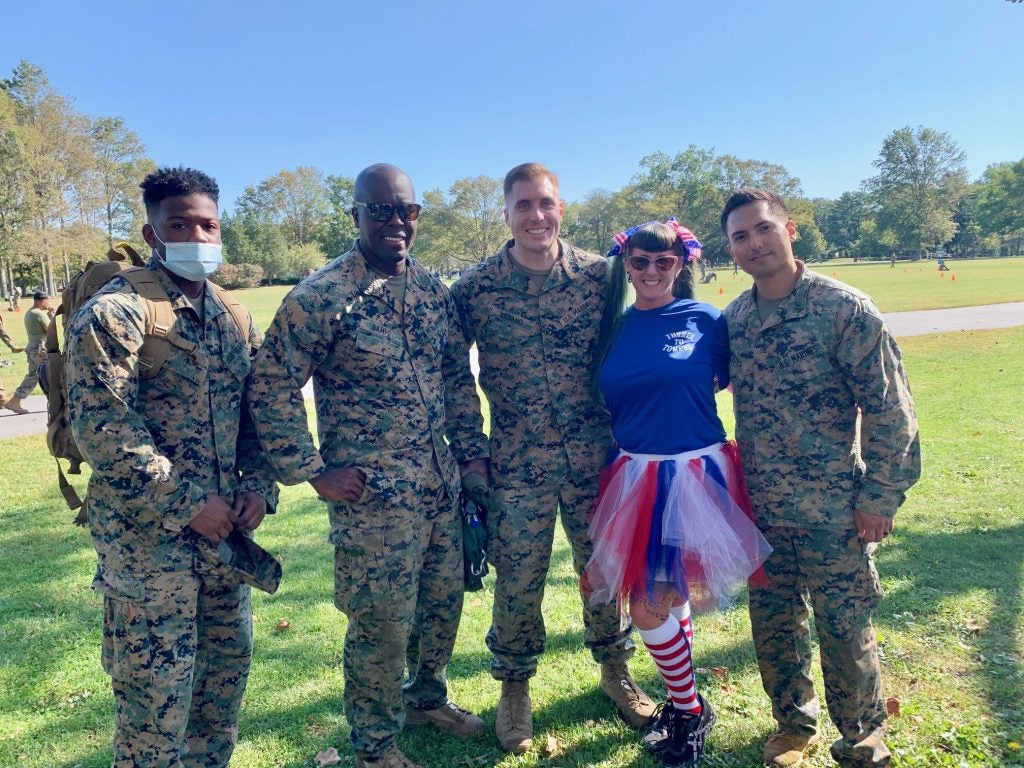 Team Vigiano wasn’t the only one in the park that morning – a platoon of Marines was in the park running drills.

“I said look, the Marines are here! It feels like the real run! As we made our way back, I heard someone yell my name, and it happened to be my cousin Joe. He was with his platoon doing the drills that day.”

Joe, who had run with the team in 2019, recognized his cousin’s outfit and called out to her, making the event even more of a family affair. The signature outfit also helped Laurie share her story. While standing in the park, strangers came up to ask questions. One was brave enough to ask to take her picture.

“There is a photo of me with a stranger out there somewhere,” Rudnick laughed. For her, these random encounters are a chance to tell stories about her cousins and the Tunnel to Towers Foundation, which is helping families of fallen first responders across the country.

“They have been gone for 19 years. I have a million stories, but that’s all I have left. It’s good to use our cousins’ names and their stories to do good for the people that are still here,” Rudnick said.

If you would like to learn more about the Tunnel to Towers Foundation, go to t2t.org.