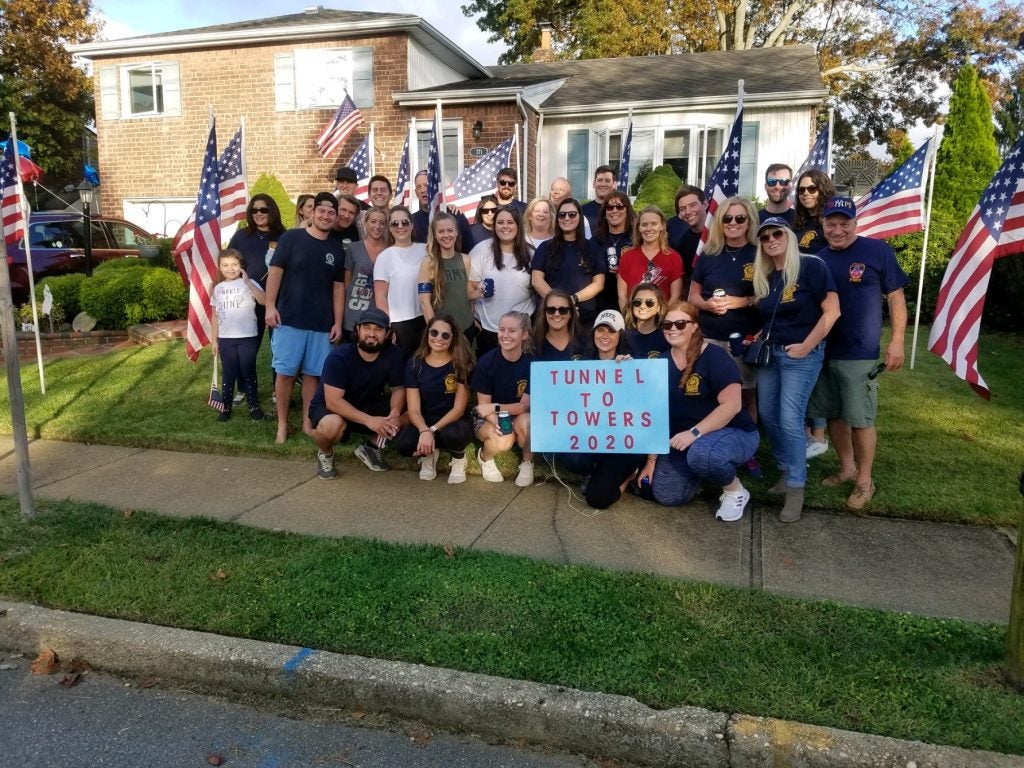 Meghan Reedy and her sister Colleen were taught the importance of community and service by their parents, Mike, and Patty.

Mike led by example devoting nearly his entire life in service to others. First, he protected his country in the United States Army, followed by a 25-year career in the NYPD, and then went on to work with the Manhattan DA’s Office for another 18 years.

Above all, Detective Reedy had a passion and dedication to music, serving as the Senior Drum Seargent in the NYPD Emerald Society Pipes and Drums Band for almost 30 years.

When the Reedy family lost their patriarch in the summer of 2019, immediately Meghan knew the best way to keep his memory alive was to keep his legacy of service alive.

“After we lost my dad, I thought how can we pay his duty of service forward?” Meghan said.

Three months later, they created the NYPD Detective Reedy’s Squad and stepped up to the starting line to run the Tunnel to Towers 5k Run & Walk NYC for the first time. “Doing good in his name was what he would have wanted. It was a humbling experience to be running with my family, extended family, and friends,” said Meghan.

NYPD Detective Reedy’s Squad was looking forward to participating again this year when COVID-19 changed the world and their plans.

“I held out hope that it would still happen. But once the [New York City] Marathon was canceled, I knew it wouldn’t happen this year.”

The pandemic may have prevented them from running through the tunnel, but the show would go on.

“The world is so stressed right now, but if you can do one good thing, one small thing, it makes the situation feel more doable,” said Meghan, adding, “it’s scary right now, but it’s going to get better.”

The Reedy family has raised more than $4,000 for Tunnel to Towers through “Fund The First” a crowdfunding site dedicated to first responders and their families which started in their hometown of Massapequa.

On the day of the Virtual Run the family decked out their lawn with dozens of American flags provided by the Massapequa Kiwanis Club, there were shamrock decorations to pay homage to their Irish heritage, and Team Reedy T-shirts. The soundtrack of the day – may have been the most fitting tribute to their father – music played by members of the NYPD Pipes and Drums band. 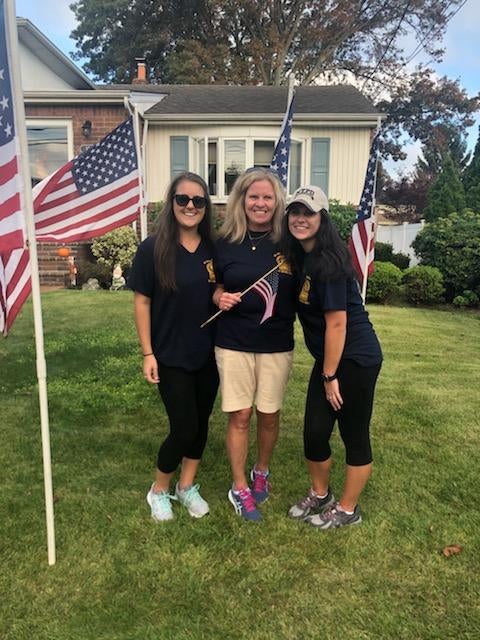 “We incorporated everything my dad loved or participated in,” Meghan said. “It was an amazing experience. My dad would have been so proud of my family and everyone who participated – even the people who drove by and beeped their horn, or came up to ask us what it is all about.”

This year, the family took solace in hearing the sound of bagpipes and their dad’s drum echoing through the streets. Music is one of the many ways his memory lives on. After Detective Reedy’s passing, a drummer trying out for the band came to pay his respects.

“He wasn’t in the band yet. He didn’t know my father, but he had heard of him, and he wanted to offer his condolences.

Once we found out he got in, my mom, sister and I, along with the newest member, thought it was a great idea for him to play our dad’s drum.”

The beat of his drum continues and the band will play on.