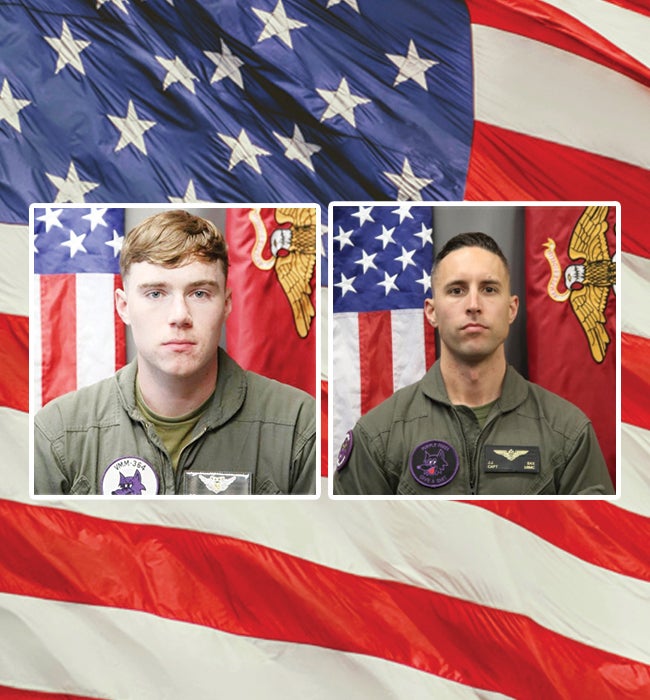 On June 8, 2022 five U.S. Marines were killed when their aircraft crashed during a training mission in the desert near Glamis, California just outside of San Diego.

The U.S. Marines have identified the five service members who were killed:

All five members were based at the Marine Corps Air Station Camp Pendleton, California.

The Tunnel to Towers Foundation announced it will pay off the mortgages, in-full, on the homes of USMC Captain John Sax and USMC Corporal Seth Rasmuson, since they leave behind families with young children.

Capt. Sax leaves behind his wife Amber, who is pregnant with their second child, and their 20-month-old daughter. He was the son of former Dodgers player Steve Sax. Cpl. Rasmuson is survived by his wife Avery and their infant son, who was just seven-months-old when his father was killed. The crash remains under investigation.

“I want to offer my condolences to all of the families and communities who are grieving the loss of these five heroes. This crash highlights the risks our service members face even while they are stationed here at home,” said Frank Siller, Chairman and CEO of the Tunnel to Towers Foundation. He added, “Tunnel to Towers will ensure that these families will always have a place to call home, a home that is a lasting reminder of your loved ones service and sacrifice.”

Tunnel to Towers’ Gold Star Family Home Program honors the legacies of military service members who have made the ultimate sacrifice while serving our country by taking care of the families with young children that they leave behind. We do this by paying off their mortgages or providing them with a mortgage free home.

Tunnel to Towers has set a goal to deliver 1,000 mortgage-free homes across the country to the families with young children of our nation’s fallen military heroes and fallen first responder heroes, and to catastrophically injured veterans by the end of 2022.

We are dedicated to honoring the sacrifice of FDNY Firefighter Stephen Siller, who laid down his life to save others on September 11, 2001. For more than 20 years the Foundation has supported our nation’s first responders, veterans, and their families by providing these heroes and the families they leave behind with mortgage-free homes.