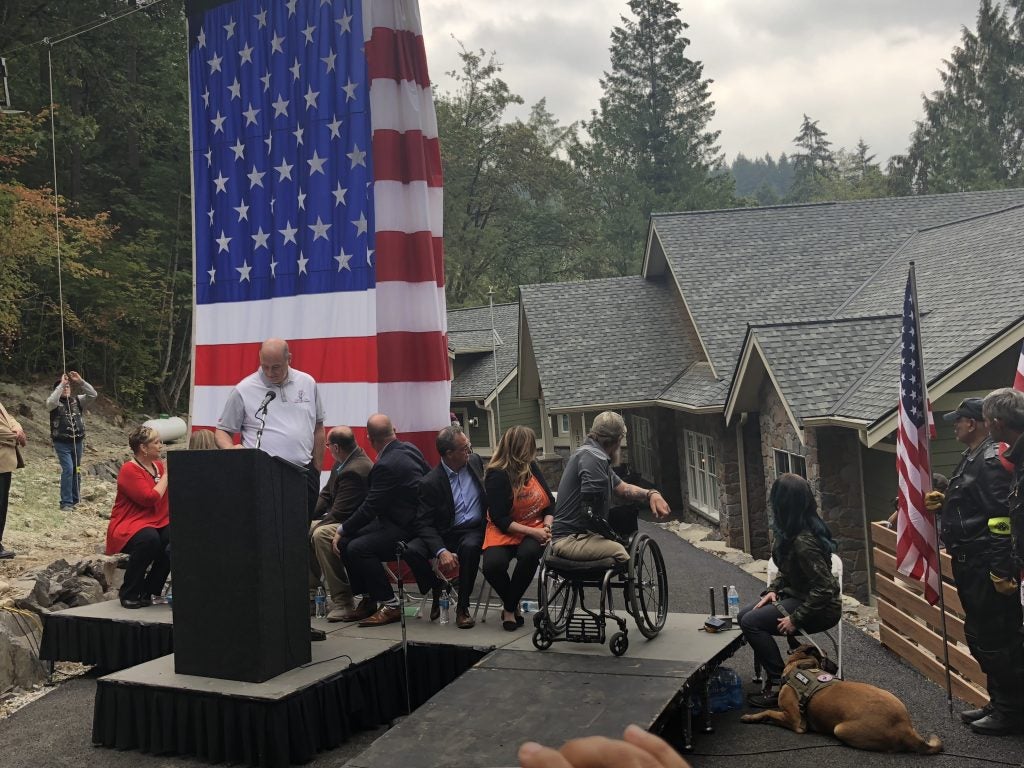 The smart home was built so Flip, a triple ampute Purple Heart recipient can live as independent a life as possible.

An added bonus: the smart home is built on the side of a mountain within Squak Mountain State Park in Issaquah, Washington, giving him almost instant access to mountain trails and ski slopes so Flip can pursue his love of the outdoors.

Growing up, Flip remembers skiing in Snowshoe, West Virginia, where his parents had a ski condo. As he grew up, he became an expert skier hitting the mountain every chance he got. 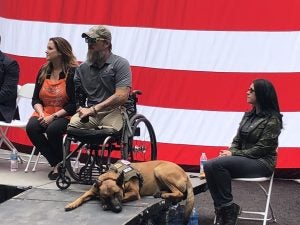 In October of 2012, however, all of that changed. The West Point graduate triggered an IED explosion while leading a foot patrol in Afghanistan. He lost both of his legs above the knee, his right arm above the elbow and three fingers on his left hand, necessitating years of surgeries and intensive physical rehabilitation.

Knowing of Flip’s passion for skiing, his doctors made getting back on the slopes a key goal for him. With perseverance and determination, and just a few years after his devastating injury, Flip was back outside and on the slopes where he says he feels most at peace.

Through its Smart Home Program, the Tunnel to Towers Foundation has delivered, started construction on, or is in the design stage of 75 smart homes that are specially adapted to address the difficulties catastrophically injured veterans face in their daily lives. 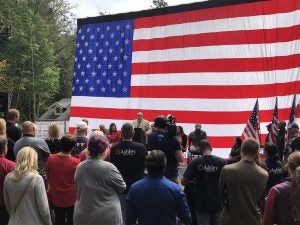 When the Tunnel to Towers Foundation learned of Flip’s heroic military service, the extent of his injuries, and approached him about building a smart home for him, the Arkansas native selected the Pacific Northwest, highlighting the fact that he had fallen in love with the area while stationed at Fort Lewis.

“We cannot thank you enough for your service,” said John Hodge, COO of Tunnel to Towers at Flip’s home reveal. “This is one small way to say thank you for everything you have done for us.”

Inside Flip’s new smart home, all essential functions, such as the lighting, temperature and security system are controlled remotely via smart device. The home has doors wide enough to accommodate a wheelchair and a front door that can be opened and closed remotely. For maximum ease, the kitchen features cabinet shelving that can readily pulled down to provide easy access to plates, cups and bowls. The stove is installed on a lift that raises and lowers to wheelchair height and the huge bathroom allows Flip total autonomy.

Donor support ensures that the Tunnel to Towers Foundation has the resources it needs to help servicemen like Major Klein. To support our mission and service members just like Flip, donate today.