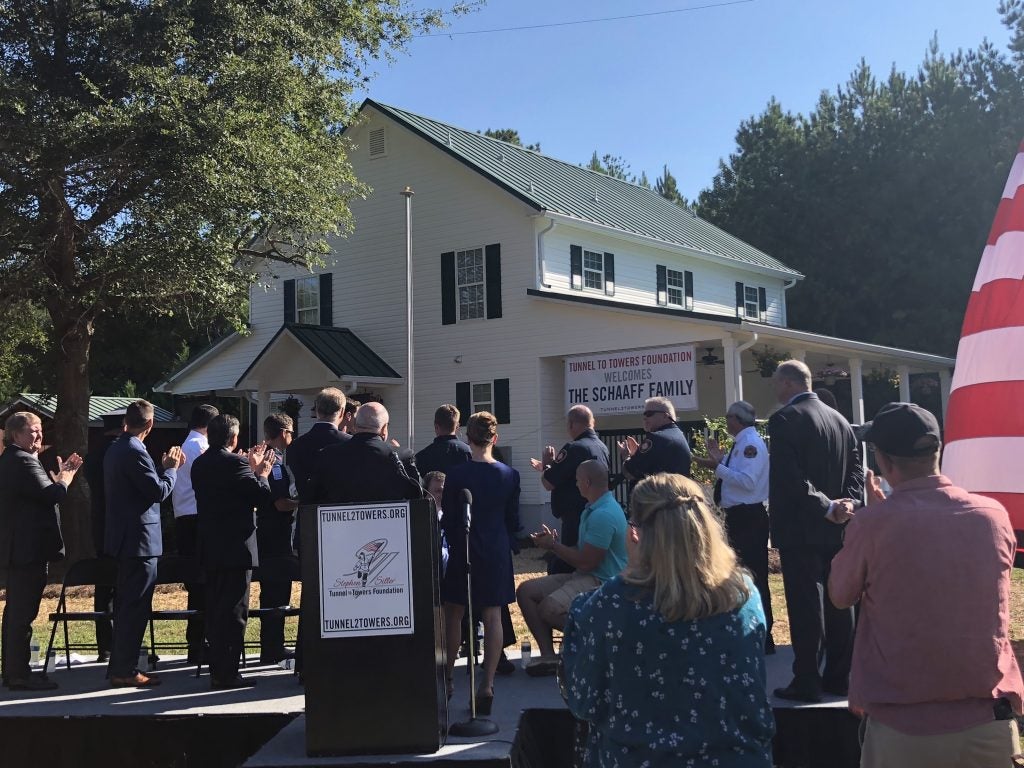 In an emotional September 11 ceremony, the Stephen Siller Tunnel to Towers Foundation welcomed Sarah Schaaff, a Gold Star widow, and her two young daughters into their new forever home.

“Now I have a forever home where me and the girls can live with our memories of Collin,” said Sarah.

Sarah’s husband, Marine Corporal Collin Schaaff, was killed on July 10, 2017, when his KC-130 transport and refueling plane crashed in Mississippi. At that time, Sarah was raising their 1-year-old daughter, Willow, and was pregnant with the couple’s second daughter, Guinevere. 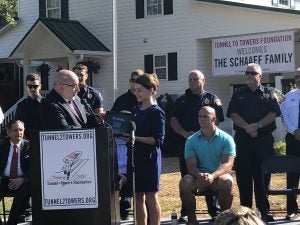 The home was revealed at 9:59 am; the moment the first tower of the World Trade Center collapsed during the 9/11 attacks and FDNY firefighter Stephen Siller lost his life.

“Stephen died protecting others and Cpl Schaaff was killed in the line of duty protecting all Americans,” said Frank Siller, Chairman and CEO of the Tunnel to Towers Foundation. “If it weren’t for the attacks on the World Trade Center, Cpl Schaaff would not have been in harm’s way, and would still be here to be a husband and father.”

The Siller family knows firsthand what the sudden loss of a loved one in the line of duty can do to a family. For military families, there is an added uncertainty, because military benefits only provide a year of on-base housing after the service member is killed. While grieving their loss, the surviving spouse must find a new place to live, taking children away from their school, friends and daily routine. 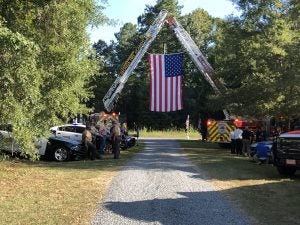 “Collin was an all-around Marine, and to be given a home on this day, which is so special to so many, means so much,” said Sarah.

The Tunnel to Tower Foundation believes we have a duty to do better for the families whose loved ones make the ultimate sacrifice. The Foundation hopes this mortgage-free home will allow Sarah the ability to provide a stable and secure future for her children – one that she and her husband always hoped to give them.

“I’m overwhelmed. He was the epitome of an American. Thank you to everyone here today for the forever home,” said Ariyl Fuentes, Sarah’s mother. “They will never have to roam.”

To support the Tunnel to Towers mission and service members just like Cpl Schaaff, donate today.