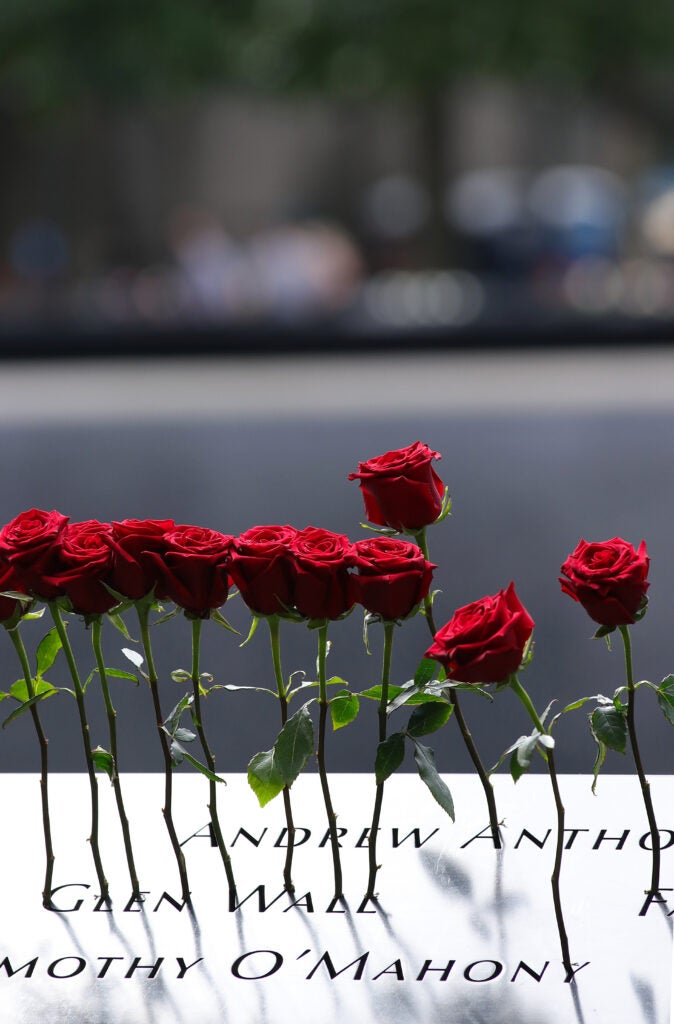 This year on the 21st Anniversary of the terrorist attacks on September 11, 2001 the Tunnel to Towers Foundation hosted a 9/11 Prayers of Remembrance service to honor the 2,977 people who perished on that day, those who are suffering or have died from 9/11-related illnesses, and those that we lost in the War on Terror. Religious leaders of various denominations and religions gathered to pray for these souls that we lost from America’s darkest day, alongside 9/11 families and our program recipients.

The ceremony took place at the foot of the America’s Response Monument in NYC, just steps away from Ground Zero. The America’s Response Monument is a 16-foot bronze statue that was erected to commemorate the heroic American “Horse Soldiers” who were U.S. Special Forces that were the first to retaliate against the Taliban in Afghanistan after the 9/11 attacks. These troops mounted horses in the desert to to cross Afghanistan’s rugged terrain to fight against the Taliban.

To mark the 21st anniversary of 9/11, we paid off the mortgages on the homes of 21 fallen first responder families across the country in honor of the 9/11 heroes who laid down their lives bringing others to safety when America was attacked. Tunnel to Towers was established in memory of fallen FDNY Firefighter Stephen Siller, who laid down his life to save others on that fateful day.

The twenty-one mortgage payoffs were for the families of these fallen heroes:

Tunnel to Towers’ Fallen First Responder Program pays off the mortgages for the families of first responders who are killed in the line of duty and leave behind young children, ensuring that they will always have a place to call home. In 2021, Tunnel to Towers expanded the program to support the families of first responders who have lost their lives to 9/11 illnesses.