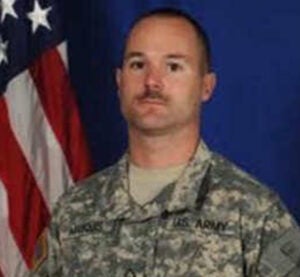 Tunnel to Towers rang in the New Year on a high note with Chairman and CEO Frank Siller announcing the surprise mortgage payoff for a Gold Star widow on the FOX News All-American New Year 2023 special at the Wildhorse Saloon in Nashville, TN.

During the special Tunnel to Towers Chairman and CEO Frank Siller surprised the family of fallen U.S. Army SPC Christophe Marquis with the news that they will be getting a mortgage-free home.

Brittany Jackson-Marquis is currently renting in the Tampa area and the Tunnel to Towers Gold Star Family Home Program will deliver her family a mortgage-free home, anywhere she wants to live.

Christophe’s widow, Brittany Jackson-Marquis, and their son Christopher were surprised with the news on the stage of the Wildhorse Saloon during the live broadcast. Brittany was invited to attend the FOX News All-American New Year 2023, but she had no idea she would be called on stage.

SPC Marquis was injured when insurgents attacked his unit with an improvised explosive device in Kandahar Province, Afghanistan. He later died at Landstuhl Regional Medical Center in Germany, just days before his son’s second birthday.

SPC Marquis previously served in the French army as a staff sergeant. After moving to the U.S. he joined the Army at 39 to provide a stable life for his family. Christophe and Brittany were married in September 2009, seven months before he enlisted in the Army.

Christophe cited “social security and the chance to have a house” as reasons for enlisting.

“SPC Marquis enlisted in the Army at 39 years old to provide his wife and son with a forever home. I am honored to make his dream a reality,” said Frank Siller.

Last month, Frank Siller surprised 21 Gold Star and Fallen First Responder widows and their families during the FOX Patriot Awards ceremony by announcing that Tunnel to Towers has paid off their mortgages.

The Tunnel to Towers Gold Star Family Home Program honors the legacy of those who have made the ultimate sacrifice while serving our country by paying off the mortgage or providing the surviving spouses and young children with mortgage-free homes.

To date, the Tunnel to Towers has delivered over 600 mortgage-free homes across the country to America’s heroes and their families.

You can join us on our mission to provide mortgage-free homes to these heroes and the families they leave behind by donating $11 per month at T2T.org.

The Tunnel to Towers Foundation is dedicated to honoring the sacrifice of FDNY Firefighter Stephen Siller, who laid down his life to save others on September 11, 2001. For more than 20 years, the Foundation has supported our nation’s first responders, veterans, and their families by providing these heroes and the families they leave behind with mortgage-free homes.

For more about the Tunnel to Towers Foundation and its commitment to DO GOOD, please visit T2T.org.