The Tunnel to Towers Foundation is honored to announce it has paid in full the mortgages on the homes of four fallen Florida first responders across the state.

The Foundation paid off the mortgages on the homes of:

Miccosukee Police Officer Horacio Sebastian Dominguez lost his life in an on-duty crash on February 21, 2021. Dominguez was dedicated to serving his country and his community was a USMC Veteran and had recently retired as a staff sergeant with the Army National Guard.

He left behind his wife Margarita Landa and their daughter.

“I feel immensely happy a mortgage is no longer hanging over my head…and so grateful we now have a forever home,” said Margarita Landa, who  added, “Despite the very difficult situation I’m going through, I never lost hope in God and receiving this news this holiday makes me believe that miracles exist.”

Miami-Dade Police Captain Gustavo Duarte passed away on February 9, 2021, due to a job-related medical emergency. Captain Duarte, who joined the police department in 1985, spent 36 years in law enforcement. Before joining the police department, he served in the United States Coast Guard.

He left behind his wife Aimee Perera-Duarte, and their two children.

“When I was first told, I was overwhelmed with emotions.  Initially,  I was happy and relieved. However, it was bittersweet as the reality of why this was happening set  in. It is such a comfort knowing that we can continue living as he wanted for our children. This is truly the season of miracles,”  said Aimee Perera-Duarte.

On November 6, 2019, Escambia County Fire Rescue District Chief Dwain Bradshaw and other members of his fire department were working an accident scene when a tractor-trailer failed to stop and hit several vehicles and District Chief Bradshaw. He was an Air Force veteran who also served as a firefighter for NAS Pensacola, as well as an assistant district fire chief in Beulah. He is survived by his wife, Christine Bradshaw, and their two daughters.

Jacksonville Fire and Rescue Department Captain Thomas Barber suffered a job-related medical emergency on Jun 14, 2021, after responding to a medical call the day before.

He was a U.S. Navy veteran and a 21-year veteran of the department. Captain Barber left behind his wife Malissa Barber and their three children.

“The tragic loss of my husband left my children and I in shock and disbelief…our sense of security and stability has forever been shaken. There have been many tears and prayers over the correct “next steps” for my family. I could not possibly express the relief and gratitude that I felt upon receiving your call. Tunnel to Towers is evidence of an answered prayer,” said Malissa Barber.

This year America observed the 20th anniversary of the September 11th terror attacks, in honor of that anniversary Tunnel to Towers announced it would be paying the mortgages on the homes of those first responders who passed away from 9-11 related illnesses.

The Foundation announced it paid off the mortgages on the Weeki Wachee, FL home of New York City Department of Corrections Captain Joseph Campbell and the Orlando home of

Captain Campbell passed away from 9/11 related illnesses this past July, leaving behind JoAnne and their three children.

“I’m not sure I can express the amount of gratitude I have to take our mortgage payment off of my shoulders. Life has been hard but honestly, the Season of Hope is an excellent description because that is what has been given to me and our three children. Hope. We will forever be grateful and feel blessed to be a part of the T2T family,” said JoAnne Campbell.

Port Authority of New York and New Jersey Police Officer James Kennelly died from 9-11 related cancer in 2017 and left behind his wife Tara and their daughter.

The six mortgage pay-offs are part of the third annual Tunnel to Towers’ Season of Hope, which celebrates the holiday season by delivering mortgage-free homes or mortgage-payoffs to families of fallen first responders, Gold Star families, and catastrophically injured veterans around the country.

This year the Foundation will pay off or dedicate 65 mortgage-free homes between Thanksgiving and New Year’s Eve.

These payoffs come a day after the Tunnel to Towers Foundation broke ground on the “Let Us Do Good Village,” in Land O’Lakes Florida.

This will be a first-of-its-kind community made up of 110 homes that will be provided mortgage-free to the families of fallen first responders, Gold Star families, and catastrophically injured veterans.

“These are more than mortgage-free homes. The Let Us Do Good Village will be a community and a support system for the families who have sacrificed so much for the freedoms we all enjoy,” said Frank Siller, Chairman and CEO of the Tunnel to Towers Foundation.

Tunnel to Towers announced the first homes should be completed in summer of 2022.

This year is the 20th anniversary of the Tunnel to Towers Foundation and the Season of Hope is the culmination of the Foundation’s anniversary events.

So far this year Tunnel to Towers has delivered 135 mortgage-free homes across the country.

The 65 homes in Season of Hope will bring the total to 200 homes for the year. 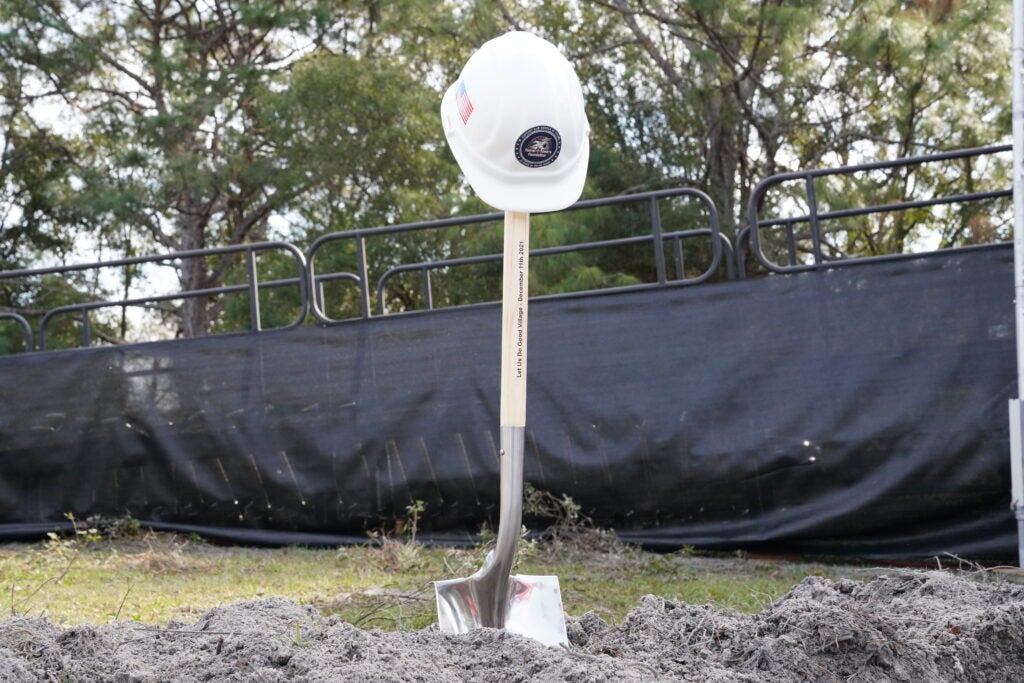 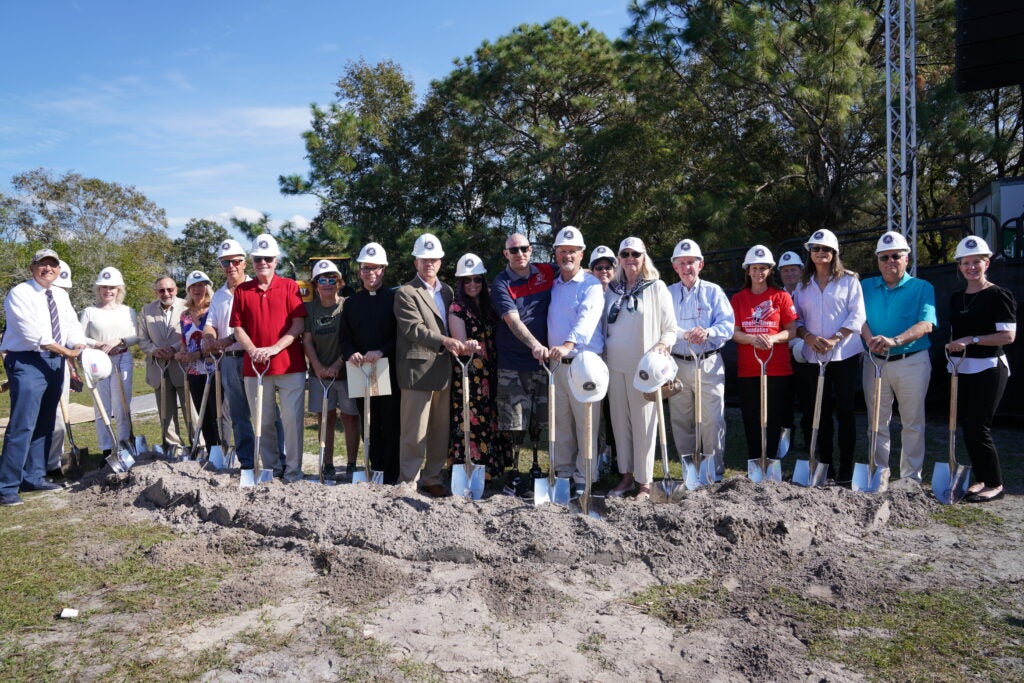 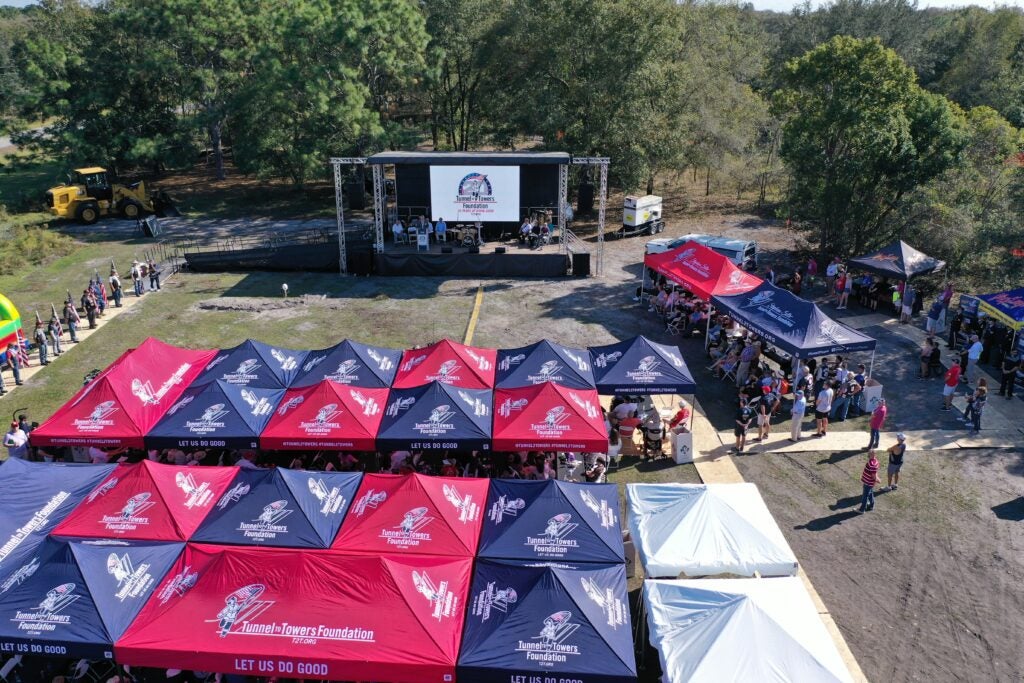