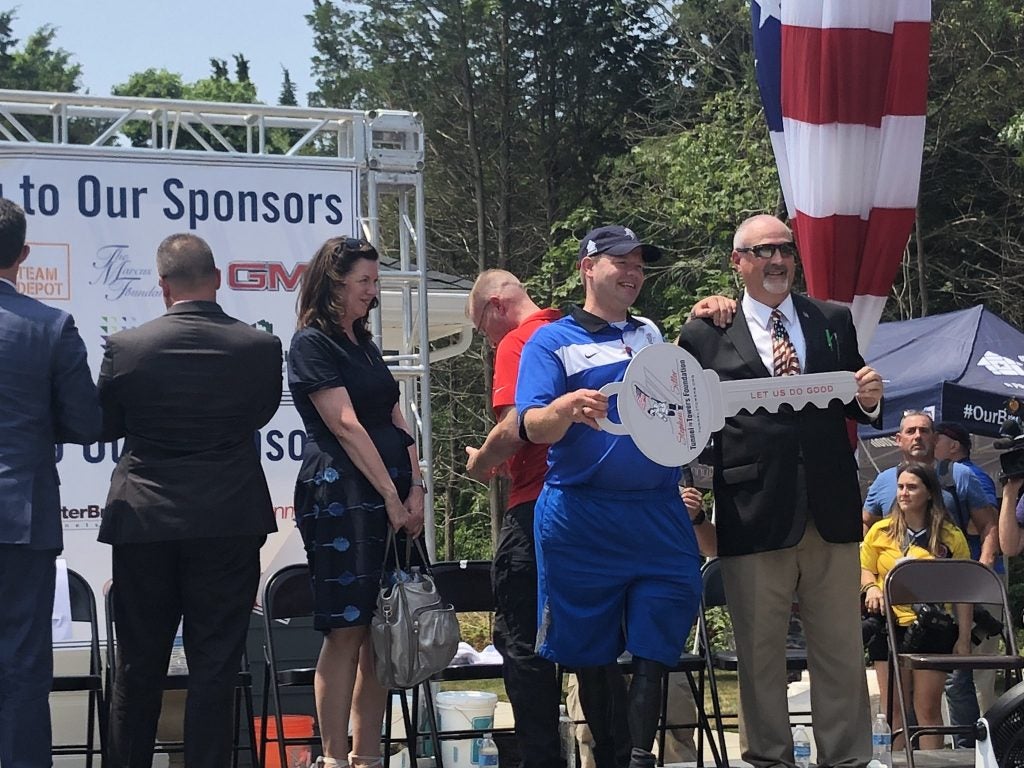 This Fourth of July, Army CPL Chris Levi is celebrating a newfound sense of independence with a brand new, mortgage-free smart home from the Stephen Siller Tunnel to Towers Foundation Smart Home Program.

Today, July 3, in front of a crowd of hundreds, CPL Levi saw his new home for the first time, and it has been a long journey for CPL Levi to get to this point. In 2008, CPL Levi’s life changed forever. While in a five-vehicle convoy in Iraq, Levi’s Humvee was hit by an improvised explosive device (IED). The blast cut through both of his legs at mid-thigh, leaving him a bilateral amputee. He also suffered significant damage to his right hand and arm. 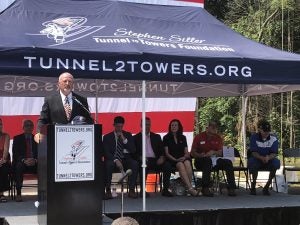 Following his discharge from Walter Reed Hospital more than a year later, CPL Levi returned to his parents’ home in Holbrook, New York. Now, thanks to an army of volunteers from local businesses mobilized by the Tunnel to Towers Foundation and its Smart Home Program, CPL Levi has a home of his own – the Foundation’s first home built in Long Island.

The three-bedroom two-and-a-half-bath ranch home was built to CPL Levi’s specific needs and the physical challenges he faces while completing the daily tasks that seem so routine to the rest of us. The home features an open floor plan, giving him space to move from room to room in his wheelchair, and every essential function in the home, including heating, cooling, lights and blinds, can be controlled via tablet. The kitchen was built with motorized cabinets, so he can access them without difficulty, and a stove that moves to wheelchair height, so he can cook with ease. 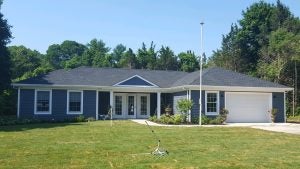 To date, through generous individual and corporate contributions, Tunnel to Towers has completed, started construction or is in the design phase of over 75 smart homes.

“There is no better way to celebrate Independence Day than to give a Purple-Heart hero some of his independence back,” said Frank Siller, CEO of the Tunnel to Towers Foundation. “I hope this smart home will allow him to lead as independent a life as possible.” 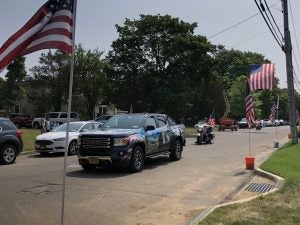 Since his injury, CPL Levi has continued to persevere. He passed the Series 7 General Securities Representative Exam, received his bachelor’s degree and is now working as a financial planner.

The Stephen Siller Tunnel to Towers Foundation founded its Smart Home Program and started building smart homes for catastrophically injured service members in 2010. While we are incredibly proud of all the work we have done, we know there is much more work to do. With your continued support, you can help us reach our goal of building a minimum of 200 smart homes for our wounded service members and their families.