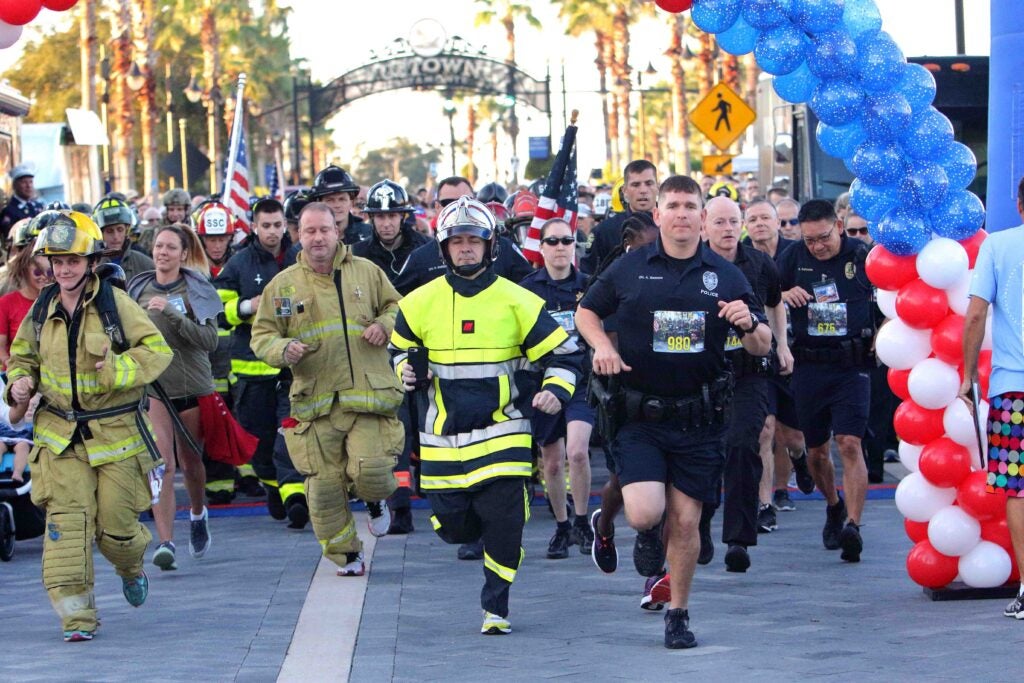 To mark the 21st anniversary of 9/11, thousands of runners turned out for the Tunnel to Towers 5K Run & Walk Columbia, SC  and the Tunnel to Towers 5K Run & Walk Orlando, FL to honor the 2,977 lives we lost that day, to honor all of the first responders that we have lost to 9/11 related illnesses since, and to honor all of America’s first responder and military heroes. These two runs are a part of the Tunnel to Towers National Run, Walk, & Climb Series, which are organized by volunteers across the country who have dedicated their time and talents to host events that enable communities across the country to come together to be a part of our mission to do good and to never forget. 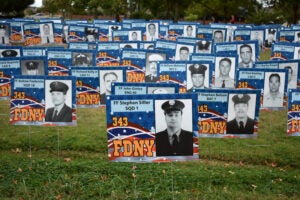 Kyle Albano and Vicki Casas are sisters who are the Run Directors for the Tunnel to Towers 5K Run & Walk Orlando, FL and they have been serving as Run Directors for 10 years. Kyle Albano first got involved with the Tunnel to Towers Foundation in 2001 after hearing about FDNY Firefighter Stephen Siller’s story from her daughter’s brownie troop. At the time Kyle was working as the Marketing Director and Social Media Advisor for Lincoln Property Company, and her sister Vicki was the Florida Vice President for Lincoln Property Company. Kyle and Vicki joined forces to launch fundraising efforts throughout the company within the state of Florida to raise money for Sally Siller and her 5 children, in memory of her husband Stephen Siller who laid down his life on 9/11. They went on to raise over $200,000 in the first two years after Tunnel to Towers was started, and Lincoln Property Company was the very first national corporate sponsor in 2002 for the Inaugural Tunnel to Towers 5K Run & Walk NYC. Not only were they the first company to support the Foundation, they have also stuck by Tunnel to Towers and continue to support us to this day; they have been a part of Tunnel to Towers from the organization’s inception, and have been close with the Siller Family since. 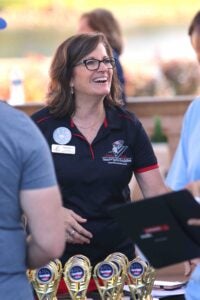 On Saturday September 10th, 2022 1,600 participants showed up to scenic Cranes Roost Park to pay homage to FDNY Firefighter Stephen Siller and honor America’s heroes. A few special guests were present at the Orlando, FL run including Fallen First Responder home recipient Sadia Baxter, Gold Star Recipient Jillian Hinton, and Smart Home recipient USMC SGT. Michael Nicholson.  “The most rewarding part for us is speaking with loyal participants year over year, and meeting new people and telling them Stephen’s story,” said Vicki Casas. “My sister and I love packet pick-up because that is where we can meet people, tell Stephen’s story, reconnect with loyal participants, and talk one to one—it is the best part of the process.” Kyle and Vicki take great pride in being a part of Tunnel to Towers and our mission to do good and never forget. 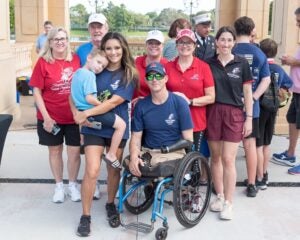 Daniel Channingan is the Run Director for the Tunnel to Towers 5K Run & Walk Columbia, SC, and he first became involved with the Foundation in 2011 when he met with Tunnel to Towers Board Member and retired FDNY Battalion Chief Jack Oehm. “It is an honor and a privilege to be a part of the Tunnel to Towers family”, said Daniel. “The most rewarding part for me is having all 5 branches of the military, first responders, members of the local and state governments, and the families here all together.” The Columbia run took place on Friday September 9th, 2022 near the Columbia Metropolitan Convention Center where over 1,900 participants turned out to support America’s heroes and retrace FDNY Firefighter Stephen Siller’s last footsteps that he took on 9/11. 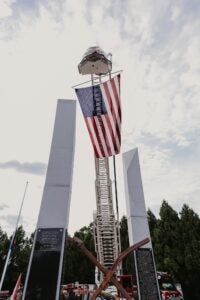 Tunnel to Towers’ mission is to do good in honor of Stephen’s sacrifice, and to honor the sacrifices of our heroic military service members and first responders who have made supreme sacrifices in the line of duty by risking life and limb in protecting our communities and our country.