The Tunnel to Towers Foundation has paid off the mortgages of nine more families of fallen first responders who made the ultimate sacrifice and laid down their lives in the line of duty for their communities for the Foundation’s third annual Season of Hope.

Meet these nine heroes who have made the ultimate sacrifice, and learn about the impact that your generosity has on their families.

These mortgage pay-offs are a part of the third annual Tunnel to Towers Foundation’s Season of Hope, which celebrates the holiday season by delivering mortgage-free homes or mortgage-payoffs to the families of America’s heroes who died in the line of duty. 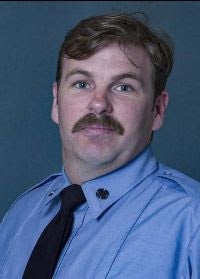 Firefighter Wayne T. Goehring of the New York City Fire Department passed away from 9/11-related metastatic prostate cancer on July, 19, 2021. He was 51 years old at the time of his death. Firefighter Goehring is survived by his wife Debra, and his three children.

Goehring, a New York native, was appointed to the FDNY on August 8, 1999 and served in the FDNY until his retirement on February 25, 2010.

“This year marked 20 years since America was attacked. 20 years since I lost my brother FDNY Firefighter Stephen Siller. We lost so many heroes that, heroes who ran towards the danger willing to lay down their lives to save the lives of complete strangers. It is an honor for us to continue Stephen’s legacy by supporting the first responders who continue to give up their lives for us and those who are still losing their lives as a direct result of what happened on 9/11”, said Frank Siller, CEO and Chairman of the Tunnel to Towers Foundation. 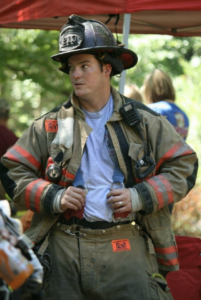 Assistant Chief Jeffrey Newton Holden of the Orange Rural Fire Department passed away on August 13, 2018, during a rescue mission while saving a construction worker trapped in a trench. Holden was later found unresponsive at the firehouse following the mission. He was 32 years old, and served with the Orange Rural Fire Department for over 15 years. Assistant Chief Holden is survived by his wife Christa and their infant son.

“It is hard to put into words how I feel to have my mortgage completely paid off. With the heavy

burden that my son and I have had to carry with the loss of Jeff, this helps to ease it,” said Christa Holden. “I’m no longer worried about having to move out of the home that Jeff helped to build.” 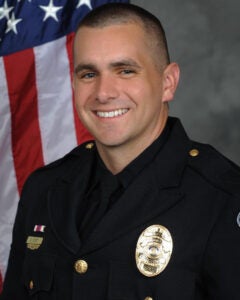 Sergeant Gordon William Best of the North Myrtle Beach Department of Public safety died on January 1, 2021, when he crashed his car while responding to a call of “shots fired”. Sergeant Best lost control of his vehicle en route to the scene and struck a utility pole. He was 30 years old at the time of his death, and he is survived by his wife Taylor and their two young children.

“This has been an extremely difficult year. Losing my husband has completely shattered all sense of normalcy for my children and I. The last thing I ever wanted to do was to move my children out of the only home they have ever known. It feels so nice knowing that the financial burden of our mortgage has been alleviated and that my children and I can stay in the home where so many of their memories were made with their daddy,” said Taylor Best. 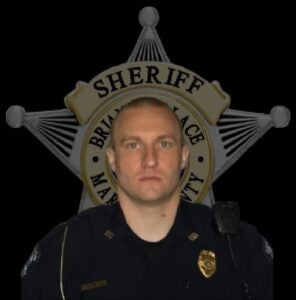 Sheriff’s Deputy Jonathan David Price of the Marion County Sheriff’s Office died in the line of duty on January 6, 2021 from injuries he sustained in an automobile accident while on duty. Sheriff’s Deputy Price’s patrol car collided with another vehicle at an intersection, and both Deputy Price and the other driver were killed. Deputy Price was 29 years old at the time of his death, and he had served with the Marion County Sheriff’s Office for three months and previously the Dillon Police Department for three years.  He is survived by his wife Elizabeth and their three young children.

“It is very freeing to know that my home is mine forever. I’m enjoying making the space my own and planning for the future with confidence,” said Elizabeth Price. 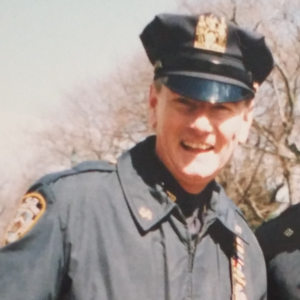 Detective James Giery of the New York City Police Department passed away on September 20, 2016 from 9/11 related cancer. Detective Giery was a U.S. Army veteran, and a fourth generation Officer of the NYPD. He is survived by his wife Catrine, and their three children.

“I’m smiling through tears with gratitude for the generosity of the Stephen Siller Tunnel to Towers Foundation. To be given this gift is a true blessing. Providing financial security and a comfortable home for his family was very important to my husband. With the help of the Foundation, it feels as if he’s continuing to do that, even when he can’t be here in person. Thank you to the family, friends and supporters of Stephen Siller for helping us and honoring my husband in this way in the year of the twentieth anniversary of 9/11”, said Catrine. 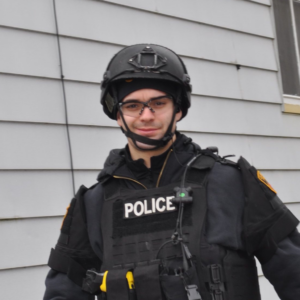 SWAT Officer Jonathan Rodriguez of the Cleveland Police Department suffered a catastrophic injury the line of duty on June 6, 2020. SWAT Officer Rodriguez’s team responded to a call around 3:30 A.M. when the van that they were traveling in was hit by a drunk driver. Officer Rodriguez suffered a spinal cord injury in the accident that left him paralyzed, and he ended up retiring from the Cleveland PD in September 2021 due to his injuries.

Rodriguez currently resides in Cleveland, OH with his wife Zuleika and their two children. 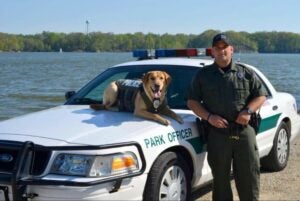 Natural Resources Officer Jason Lagore of the Ohio Department of Natural Resources died in the line of duty on February 23, 2021 when he suffered a medical emergency during a rescue attempt of two children who fell through the ice of Rocky Fork Lake. He is survived by his wife Michelle and their two children.

Officer Lagore served with the Ohio Department of Natural Resources for 15 years with the, and he was tasked with leading the first ODNR K-9 academy, as well as leading the Division of Parks and Watercraft K-9 training program. Officer Lagore was well respected across the state of Ohio for his expertise working with K-9s. 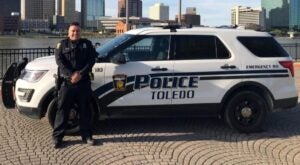 Police Officer Brandon Michael Stalker of the Toledo Police Department died on January 18, 2021  from injuries he sustained in the line of duty from gunshot wounds he sustained during a two-hour standoff involving an arson suspect. Police Officer Stalker was 24 years old at the time of his death, he served with the Toledo Police Department since July 2018. He is survived by his wife Ashley and their two children. 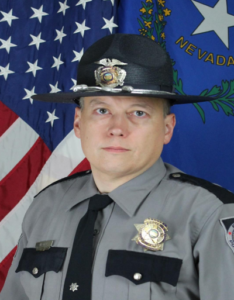 “Trooper May gave his life to try and stop a dangerous criminal from hurting anyone else. He spent over a decade keeping the people of his community safe, and now the Tunnel to Towers Foundation is honored to step up for Joanna and ensure that she and their children always have a place to call home,” said Frank Siller, Chairman and CEO of the Tunnel to Towers Foundation.