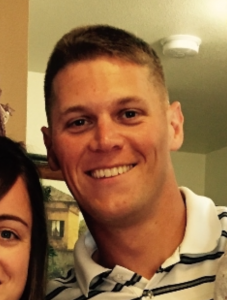 December 10, 2022 Statement on the Passing of Tyler Shane Tidwell

Our hearts are heavy and full of sadness over the passing of our dear friend and smart home recipient, Tyler Tidwell. His service and sacrifice for our country will never be forgotten.

The Tunnel to Towers Foundation has so much love for Tyler, his wife Cassi and their three beautiful children Alexandria, Bobby and Christian. We will forever cherish our memories together. Tyler will always be a part of us, as will his wife Cassi and their three children. We will honor his memory and sacrifice as one of America’s heroes and keep him and his beautiful family close to our hearts.

Shortly after his last deployment in 2018, Major Tidwell began experiencing symptoms and in the fall of 2019 he was diagnosed with amyotrophic lateral sclerosis (ALS), commonly known as Lou Gehrig’s Disease. The disease has progressed rapidly, taking away Major Tidwell’s ability to speak, and the use of his arms, hands, and legs.

On August 11, 2021, Major Tidwell, wife Cassi, and children Alexandria, Bobby, and Christian were welcomed back into their renovated home in Edmond, Oklahoma at a ceremony where it was announced that the mortgage held on the home had been completely satisfied. The smart technology and renovations will make the home more accessible and allow Major Tidwell to live more comfortably.