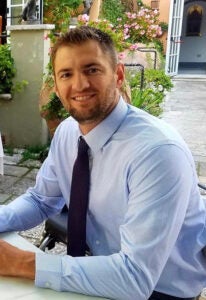 While serving as a machine gunner, Cpl Dodson was critically injured by an insurgent’s grenade on February 14, 2007. He lost his right leg above the knee and his left leg at the hip.

After becoming disabled, Cpl Dodson developed a passion for athletics.

The Tunnel to Towers Foundation is building Cpl Dodson a new smart home in Franklin, Tennessee.

He is looking forward to the freedom the home’s customized technology will bring, particularly in the kitchen, where cooking and accessing the cabinets is often a struggle for him.