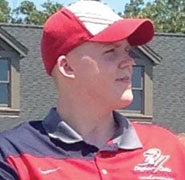 On June 18, 2011, Cpl. Getscher (who goes by his middle name, Caleb) was on foot patrol in Sangin, Afghanistan when an improvised explosive device detonated. The blast resulted in the instant loss of Caleb’s left leg below the knee and caused a severe traumatic brain injury that has an impact on his short-term memory.

As a result of shrapnel and infection, Caleb also suffered the loss of his right leg above the knee and left arm below the elbow.

Caleb’s wife, daughter, parents and many friends, both old and new, have helped to support him since the injury. In his free time, Caleb enjoys music, watching the Nebraska Cornhuskers with his dad, and playing wheelchair basketball.