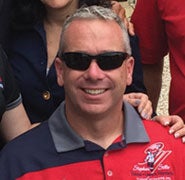 After 9/11, Stephen Valyou felt compelled to leave his duty as a firefighter and enlist in the Army. He served two tours of duty, each time gaining new skills and passion for the work.

In March 2007, while deployed in Iraq, SSG Valyou was conducting Explosive Ordnance Disposal operations. While responding to a report of an IED he was shot by a sniper. As a result, Stephen suffered a laceration to his liver, lung damage and is paralyzed from the waist down.

Stephen is the proud father of two children. He enjoys hunting and fishing with his son.

Stephen was welcomed to his new smart home in Millerton in the summer of 2016.