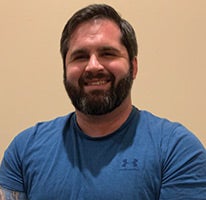 In September 2013, during a routine jump, there was an accident and SCPO Reese hit the ground at 65 miles per hour.

He broke his pelvis, his ankle, and suffered a spinal cord injury that left him paralyzed.  SCPO Reese has some function in his legs, but not enough to allow him to walk.

He has not let his injuries hold him back.  He became an avid adaptive sports enthusiast, earning medals in swimming and hand cycling at the Department of Defense Warrior Games. SCPO Reese is currently studying the craft of gunsmithing at a local Montana college.

SCPO Reese, his wife Charity, and their daughters Nadia and Aspen were presented with a mortgage-free home through the Tunnel to Towers Foundation’s Smart Home program in Whitefish, Montana in July of 2021.