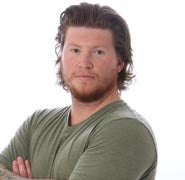 On October 15, 2012, his mission was to support the 1st Battalion, 23rd Infantry Regiment’s effort to defeat the Taliban. While conducting operations as an Explosive Ordnance Disposal technician, SGT Easley stepped on an improvised explosive device. He lost both legs above the knee, and sustained multiple injuries to his right hand including partial amputation of his pointer, middle, and index fingers, a sliced tendon on his pinky, and large wounds on the palm and top of his hand.

SGT Easley, who grew up in Carlisle, Pa., spent considerable time in the hospital and underwent 15 months of bone lengthening surgical procedures to increase his chances of walking on prosthetics.

The smart home to be built for Easley in Denver, Colorado is in the planning stage.