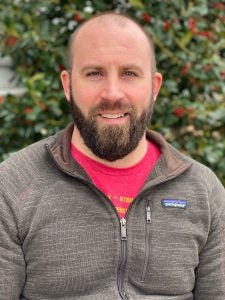 SFC Logan Brokaw, a Boulder, Colorado native, enlisted in the Army in 2003. During his seventeen years of active duty (10 with Special Operations), he deployed multiple times to both Iraq and Afghanistan. On November 16, 2018, SFC Brokaw was injured in a Military Freefall training accident. As he was coming into the landing area, he executed a turn that resulted in impact with the ground at a very high speed. His spinal cord was severely injured, resulting in paraplegia. SFC Brokaw currently resides in Virginia with his wife, Nicole, and their two children, a son and a daughter. SFC Brokaw coaches his son’s baseball team and enjoys hand-cycling, shooting sports, and sit skiing. He is interested in adaptive sports and as he has his pilot’s license, hopes to one day fly again using hand controls.

The Tunnel to Towers Foundation is building a customized smart home for SFC Brokaw and his family.