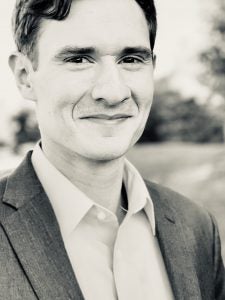 Army Specialist Johnathon Mullen grew up near the Twin Cities before moving to Alaska in 2008 with his father, who was stationed at Fort Richardson in Anchorage.

On June 10, 2011, while on a foot patrol in Kandahar, Afghanistan, SPC Mullen’s platoon came under fire. After returning fire, SPC Mullen’s platoon began moving through a narrow pathway when SPC Mullen stepped on a pressure-plate IED. He instantly lost both of his legs below the knee, shattered his right arm, and suffered nerve damage that left him with partial function in his right hand.

Post-injury, SPC Mullen began a journey of healing that began with music. He served as a drummer and lead singer of the MusiCorps Band. Formed in response to the crisis of returning service members injured in Iraq and Afghanistan, MusiCorps is a conservatory-level music rehabilitation program that helps injured service members learn or relearn how to play an instrument as a core part of his or her rehabilitation. The band has performed for millions of people throughout the country.

John is now pursuing a Bible and Theology degree with the intention of attending seminary. Despite the pain he has endured, John has felt comfort from God. He intends to serve others who are hurting, ministering to them the very same comfort which he has experienced from God.

John and his wife Sarah, who are expecting a baby boy in July 2021, and their two young children, James and Abigail, have received a mortgage-free home through the Tunnel to Towers Foundation’s Smart Home Program.