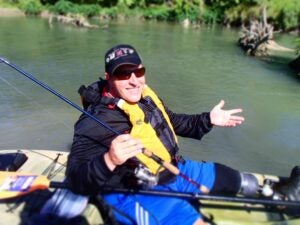 Jason Earl Walker was born in Lemoore, California on the Naval Air base to parents Brian and Gwen Walker on December 2nd, 1984. Shortly after, Jason moved to Adak, Alaska with his mother. In 1990 he moved again to Forest Grove, Oregon to live with his father and new stepmother, due to his biological mother serving in the navy and going overseas on duty. He grew up in Forest Grove on a small farm with his brother, Bruce, and his step siblings, Randall and Jennifer.

Jason was very active during his childhood; before high school he played baseball, soccer, and joined the choir. He continued to play soccer and participate in the choir throughout high school, and was on the Varsity Tennis team all 4 years. He was also an active member of the Forest Grove United Church of Christ where he participated in the youth group and church band. He loved being outdoors, spending time camping, hanging out with friends, and playing/listening to music.

It was during high school in 2003 where Jason met the mother of his children, Ashlie Dawn Walker. A few years later in 2006 they began to date and soon got married before having two sons, Jacob and Ryan.

Walker came from a Naval family background and he always wanted to serve. In August of 2002 he enlisted in the United States Marine Corp. as a combat engineer. He was stationed at Portland Swan Island 6th ESB in the construction platoon before being deployed to Iraq for 10 months in January of 2005. Jason served in the U.S. Marine Corp. until 2008. In April of 2010, Walker reenlisted into the United States Army as a combat engineer and was deployed to Afghanistan for eleven months in February of 2011. He was deployed to Afghanistan once again for six months in April of 2013. His job while on deployment was to go down all the roads and pathways checking for anything that may explode.

In September of 2013, Walker was on foot patrol when he stepped on an improvised explosive device which was part of a complex ambush. Doctors were able to salvage his right leg but had to amputate his left from just below the knee downwards. He also suffers from Post Traumatic Stress Disorder and a Traumatic Brain Injury. Recovery wasn’t easy but Walker proved that he could overcome just about anything. Now Jason enjoys playing video games, guitar, music, fishing, hunting, camping, and he loves Star Wars and Star Trek.

Sergeant E-5 Jason Earl Walker loved his job, particularly being a part of the team and the camaraderie between individuals from all walks of life.

Jason Walker would like to extend his gratitude to Grandma Julie Diaz (Ashlie’s Mother) who has always been there for him and his family along with, Aunt Missy, Aunt Diedre, Aunt Brittany, Uncles Bruce, Dustin, and Ty.

The Tunnels to Towers Foundation is building a mortgage-free smart home for Jason and his family in Beaverton, Oregon.