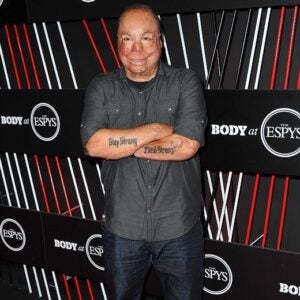 Through many hardships and tribulations, Senior Master Sergeant Israel “DT” Del Toro’s life has been defined by absolute devotion to family. From an early age, he was thrust into the role of provider for his four siblings. He was 12 when his father died of a heart attack, and a short time later, his mother was killed by a drunk driver. As the oldest of four children, and just a teenager, Israel became the provider for his family. “The last thing he ever told me was promise you’ll always take care of your family,” Del Toro said of his father. That promise, echoed in another he made to his son – that he would never have to grow up without a father.

On December 4, 2005, United States Air Force SMSgt Israel Del Toro Jr.‘s Humvee hit an IED. The blast left him with severe burns on more than 80% of his body. He lost all his fingers on his left hand and had the fingers on his right hand amputated at his knuckles.

After being given a 15 percent chance of survival, he not only re-enlisted in the Air Force, but also set records and won a gold medal at the 2016 Invictus Games. DT has taken the lessons he learned through hardship and recovery. He now finds purpose in sharing his story and wisdom with audiences around the country in the hopes of helping others find the light in the darkness.

SMSgt Del Toro Jr. says the technology in his future smart home will be life-changing since he encounters daily limitations in his current home.

Tunnel to Towers built a smart home in Peyton, Colorado, for SMSgt Del Toro Jr. and his family.