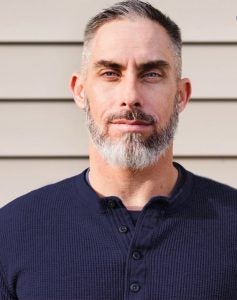 Cpl David Tupper joined the army in December of 2001 shortly after the September 11 attacks. During his first combat deployment, his vehicle was hit by an IED resulting in a severe head injury. In 2004 he continued his service to his country and joined the Marines.  He served four combat tours, three tours in Iraq, and one to Afghanistan. On July 9, 2012, he was on patrol in Afghanistan when he was hit by an RPG and suffered a spinal injury leaving him paralyzed. Cpl Tupper lives with his wife Jade and their 5 children; Mariah, Mackenzie, Alexia, Simon, Penelope in North Carolina. Cpl Tupper currently enjoys spending time with his family, hunting, and going to the gym.

The opportunity to move into a smart home would not only change his life, Cpl Tupper says, but make life easier for his entire family.

“It is hard to fathom what a house of this caliber would do for me and my family as it has been 8 years that we have just adapted to life when I am in my chair. It would positively impact my peace of mind. I wouldn’t feel like a burden to my family when just trying to accomplish the simplest of tasks. My wife is my caregiver and I depend on her …It would be nice to lift some of the burdens from her.”