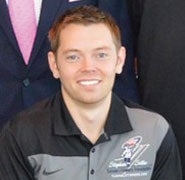 On July 10, 2010, just three weeks after arriving in Afghanistan, Army SGT Corey Kent stepped on an improvised explosive device while on patrol. As a result, he suffered the loss of both his legs and all of the fingers from his left hand. Since the incident, he has endured countless surgeries and procedures, and years of grueling physical therapy.

After nearly dying on the battlefield, Corey’s hope was to be able to return to and reside in his hometown of Cape Coral, Florida. The Stephen Siller Tunnel to Towers Foundation made his dream become a reality by building him a smart home in Cape Coral.

Corey and his wife Brandy, who are now parents to a beautiful daughter, received a smart home on the September 11, 2016; the 15th Anniversary of 9/11.