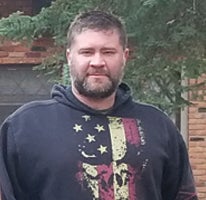 USMC SGT Brian Johnston enlisted in the Marines in December 2001, following his younger brother Kevin into service. He was on his first deployment when his vehicle was hit by an IED in Fallujah, Iraq. He lost his right arm and right leg in the blast.

SGT Johnston had more than 60 operations and spent 20 months at Walter Reed Army Medical Center before being discharged. He received the Purple Heart for his service.

The East Hartford native has a passion for cars, racing, and outdoor activities. He recently completed a Spartan Race in South Carolina with his fellow Marines.

The Tunnel to Towers Foundation welcomed him into his new smart home in Utah on December 18, 2019.