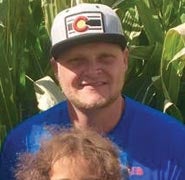 On May 5, 2007, US Army SGT Brandon Adam, of Sandpoint, Idaho, was serving as a combat engineer in the second infantry division in Iraq. He was the gunner aboard a route clearance vehicle when he was struck by a roadside explosive formed projectile. SGT Adam suffered the loss of both legs above the knee, serious back injuries including a torn L5 disc, nerve damage, and posttraumatic stress disorder.