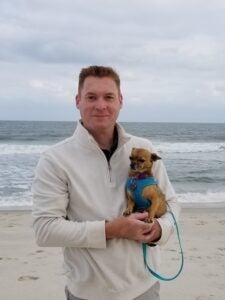 Although Sgt. Webb did not sustain catastrophic injuries from one specific incident, he has been inflicted with multiple shrapnel wounds and severe concussions throughout his service in both Iraq and Afghanistan. He sustained several traumatic brain injuries caused by vehicle rollovers and explosions in the field. The long term effects of these injuries have greatly impacted his overall quality of life and autonomy, making him an excellent candidate to receive a custom Smart Home.

Benjamin enjoys hunting, fishing, the outdoors, reading and music. He also loves American History and Civil War History. He hopes to someday work with fellow veterans and somehow aid in their transition back to civilian life.

Sgt. Webb has expressed his gratitude, stating, “The Smart Home Program is giving me my home back and really giving me my life back, a place to enjoy life again in my little corner of the world.”